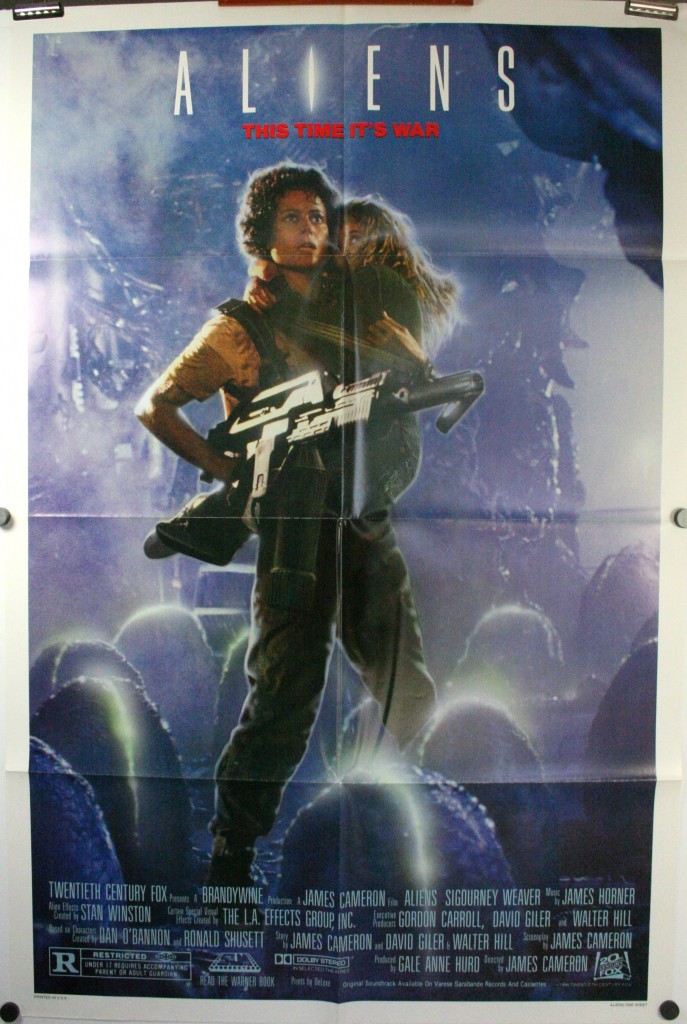 ALIENS, 1986. Original 1 Sheet (27/41″) Advance Rypley style vintage classic movie poster starring Sigourney Weaver, Michael Biehn, Carrie Henn, writer/director James Cameron and story by David Giler. Following the same story line as the 2012 release Prometheus, Ripley takes the film back to the planet LV-426. This is a fantastic movie that is arguably one of the few movies that is as good as, or better than the first one! For other Alien Posters click here!

This Recalled Ripley style version is the rarest and most valuable version for this movie. It was recalled soon after it was issued to theaters. Interestingly, Fox recalled this “Rypley style” version after Sigourney Weaver objected to the way she appeared on the poster. Her contract for the film actually allowed her to approve all posters before distribution. Historical internet based records for this poster show a discordance in value. It has sold linen backed for $331, $255 folded and $455 rolled. We have it in near mint to mint condition and folded with a price to sell.