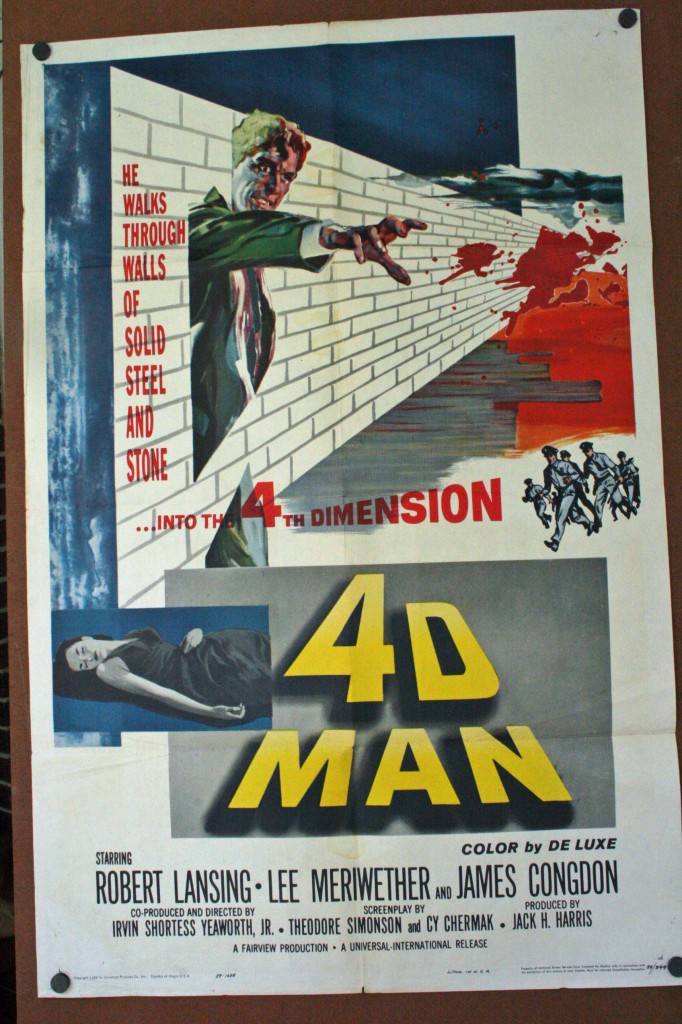 4D Man, 1959. Original 1 Sheet Movie Poster starring Robert Lansing and directed by Irvin Yeaworth. “He Walks Through Walls Of Solid Steel And Stone… Into The 4th Dimension!” In 1965 this film was recycled under the title “Master of Terror” as part of the “Master of Horror/Master of Terror” double feature. “Master of Horror” was the Argentine film  “Obras Maestras del terror (1960)” , which had nearly half of its footage edited out with the remaining footage dubbed into English.