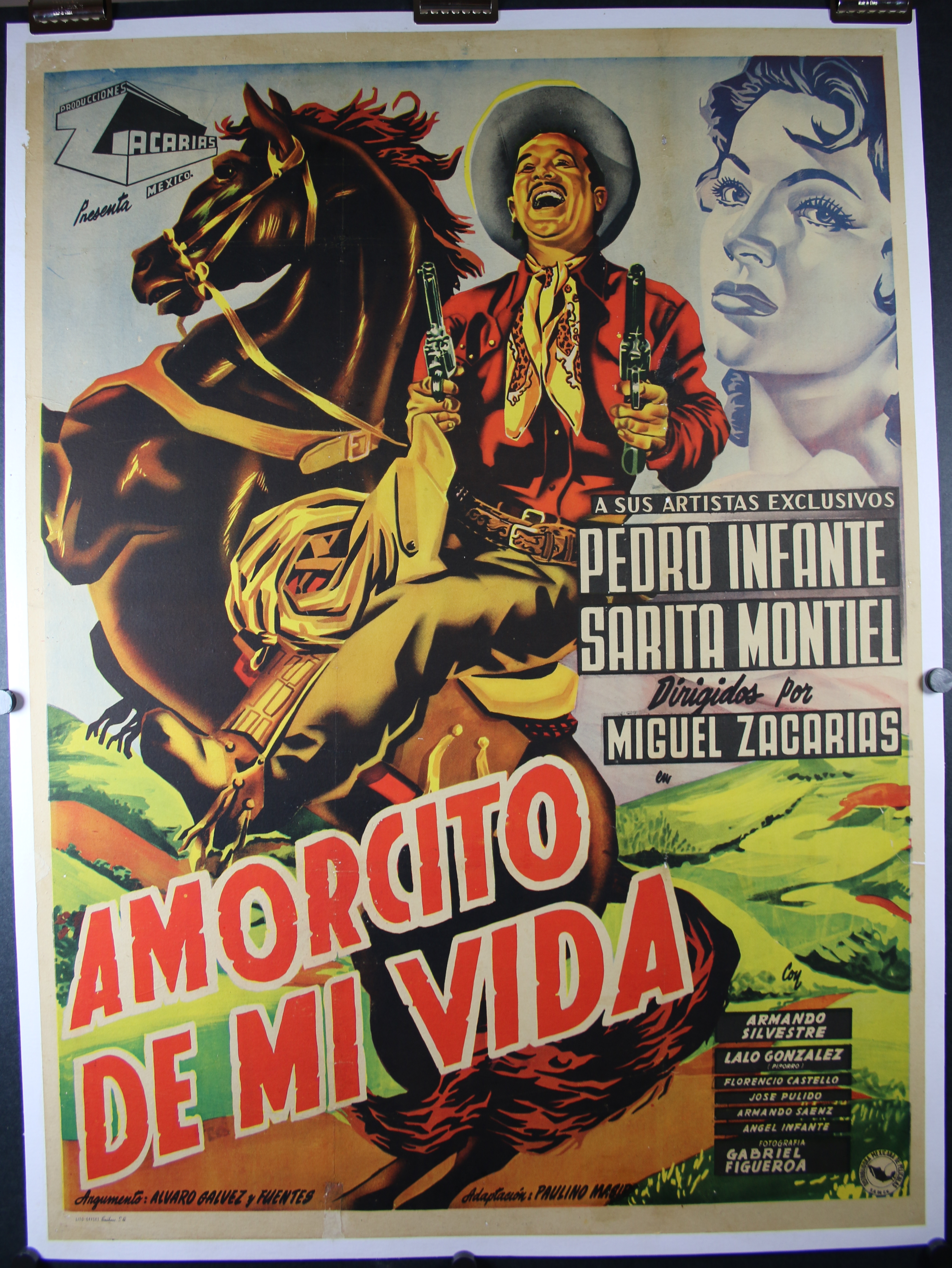 AMORCITO DE MI VIDA, 1951. ( “Sweetheart of my life”) Original folded Mexican (27 x 37” / 88 x 121 cm) movie poster. Movie stars the legendary idol Pedro Infante and Sarita Montiel  and was directed by Miguel Zacarias. Infante was one of the most famous actors and singers of the Mexican Golden Age of cinema during the 40’s and 50’s and this very popular image on the more sought after posters of the period. This movie was also known as Ahí viene Martín Corona, “Little Love of my life”.

As with all Mexican posters we strongly recommend linen backing as the paper used for these posters especially for those dating from the sixties or earlier is thin and prone to tearing and must be de-acidified for long term preservation. This poster has been linen backed and was in very good condition prior to backing. There were two chips missing on the lower and left margin that have been filled. The chip on the lower margin reached 1/2″ into the image.