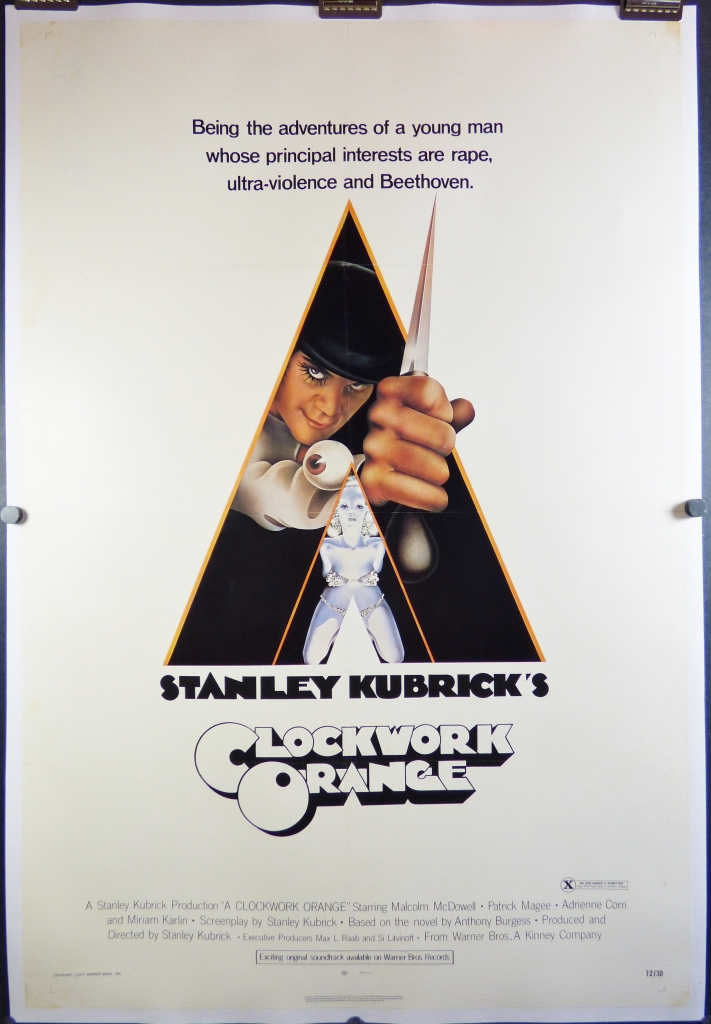 CLOCKWORK ORANGE, 1972. Original 1 Sheet (27 x 41 “) Movie Poster. Starring Malcolm Mcdowell, Patrick Magee and Michael Bates. Written and directed by Stanley Kubrick, a horrifying and psychotic story of Alex DeLarge a serial rapist “Being the adventures of a young man whose principal interests are rape, ultra-violence and Beethoven.”. Set in futuristic Britain this movie is not good for the little ones! Kubrick´s film was nominated for Best Director and Best Picture Academy Awards; “Based on the novel by Anthony Burgess”
This poster is the famous “X”, X-rated version that was from the original rating and release of the film. After the film was withdrawn from Britain, Kubrick decided to remove two of the most graffic rape scenes and then re-release the film to achieve the R rating. This film was bombasted because of the alleged copycat killings that were spawned as a result of the film. Voted as one of the top sci-fi films of all time, this poster has unquestionably had a unique sociological affect on western society.

This extremely rare poster is in very good to fine condition (see figure below). There are tape stains on all four corners. There is some wrinkling scattered throughout and some very minor wear along the fold lines. The cross folds show pin hole size separations. The poster is now linen backed and the fold lines have been touched up and all of the damages that remain obvious to the eye are the tape stains which can be removed if requested. 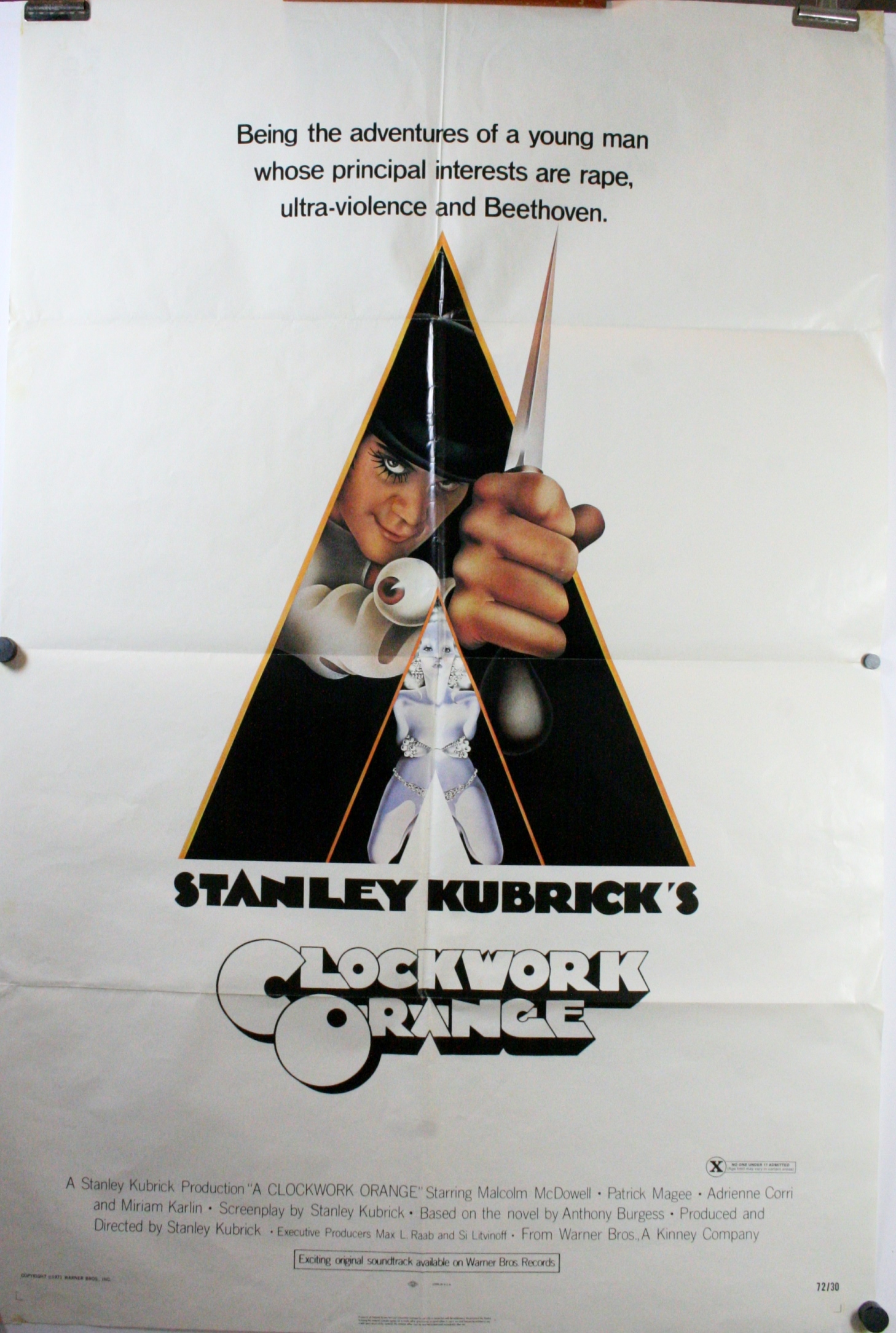