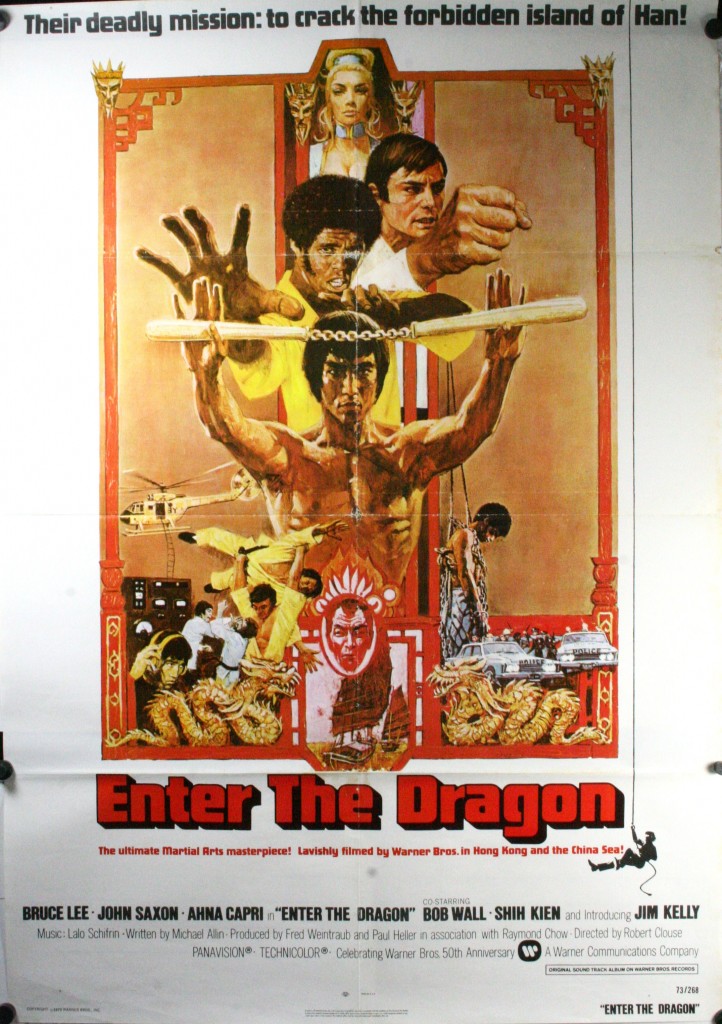 ENTER THE DRAGON, 1973. Original 1 Sheet (27″ x 41″) Movie Poster starring Bruce Lee, John Saxon and Ahma Capri. This is the movie and the actor that launched martial arts and kung fu specifically to a worldwide phenomenon. Bruce Lee was at his peak when he made this movie and his subsequent death only elevated this movie into cult status. Here is an opportunity to own a piece of history! “The ultimate Martial Arts masterpiece! Lavishly filmed by Warner Brothers in Hong Kong and the China sea. Their deadly mission: to crack the forbidden island of Han!”

This poster doesn’t require any major Restoration, but would be better preserved if  Linen Backed. It has one extra fold line from being incorrectly folded and additional wear along the other fold lines.