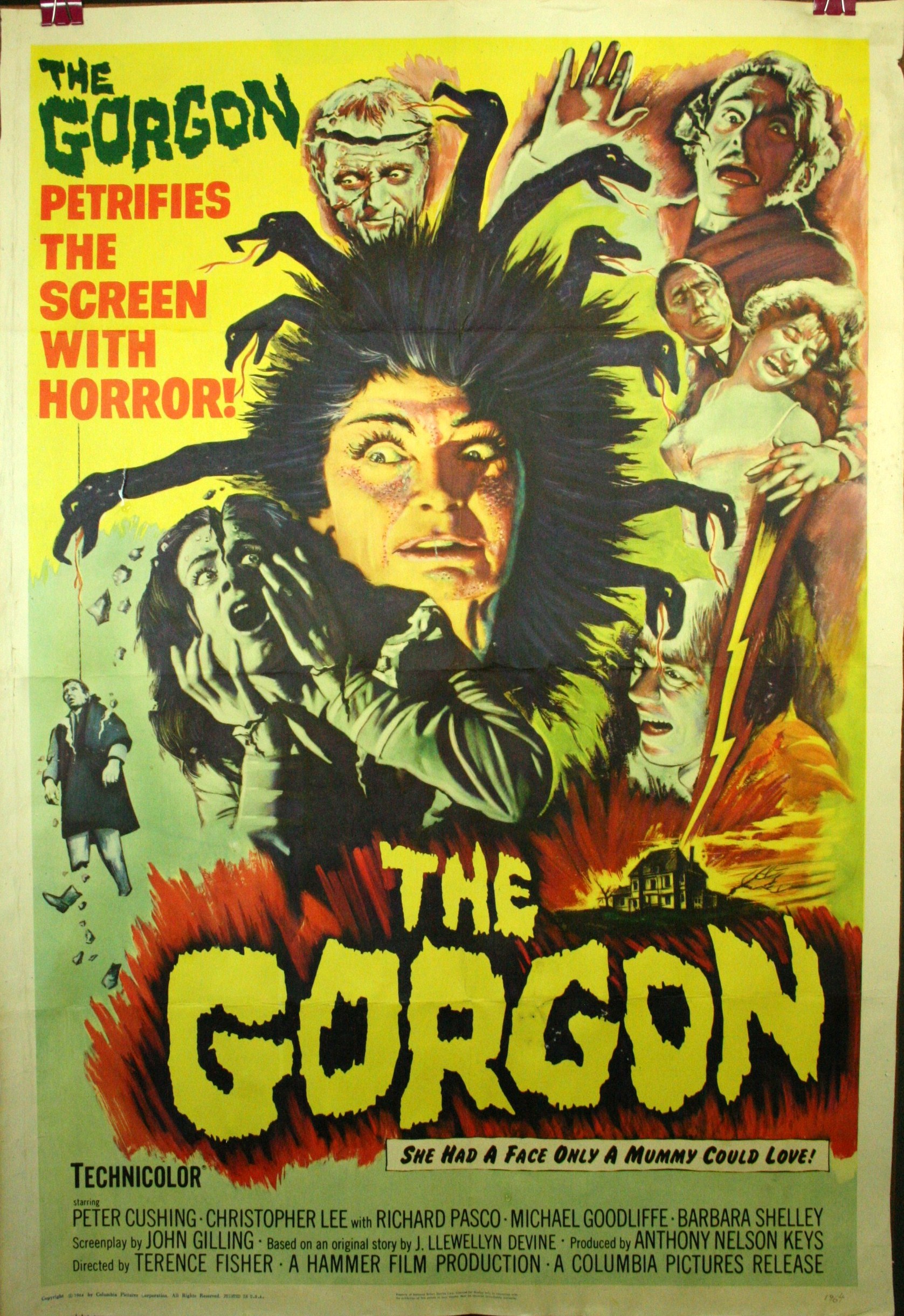 GORGON, 1964. An Original 1 Sheet Hammer film poster stars PeterCushing, Christopher Lee and Barbara Shelley and was directed byTerence Fisher. “The Gorgon Petrifies the screen with horror!”. “She had a face only a mummy could love”. This poster which was issued on heavier stock paper and has some heavier crease lines on it but still has bright colouration and displays well. Overall condition C5-C6. Price $150