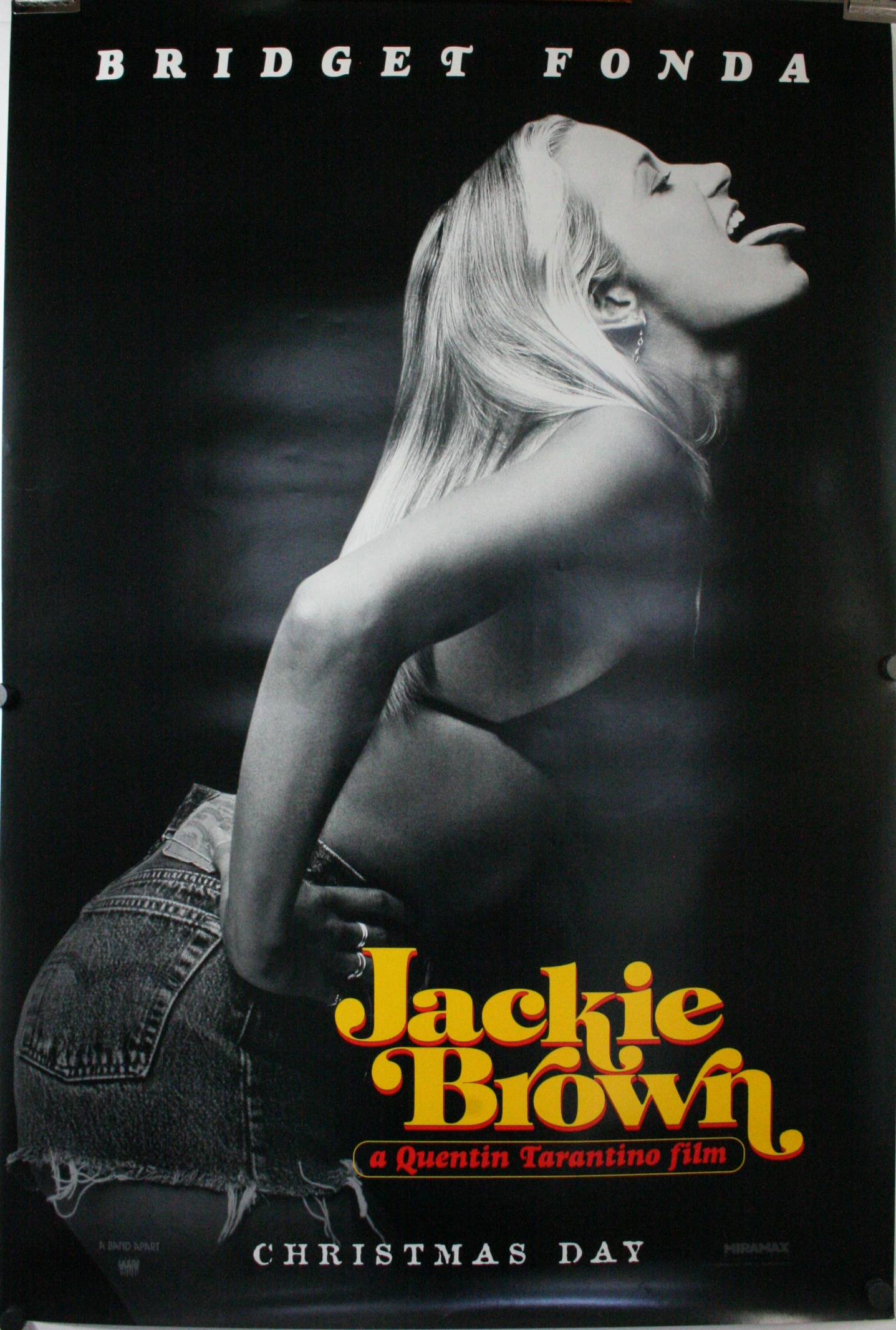 JACKIE BROWN, 1997. Original Advance “Bridget Fonda” Style Unrolled 1 Sheet (27″x40″) movie theater poster starring Pam Grier, Samuel L. Jackson, Robert Forster, written and directed by Quentin Tarantino. This film was probably Tarantino’s least violent film, but still carried the same twisted characters and plot line. Bridget Fonda played a slight role in this film, but her presence was definitely important. This version of poster for this film is widely considered to be the most valuable. The “money bag” version of poster is the next most valuable.

This poster is in near mint condition with no major or minor defects to speak of.