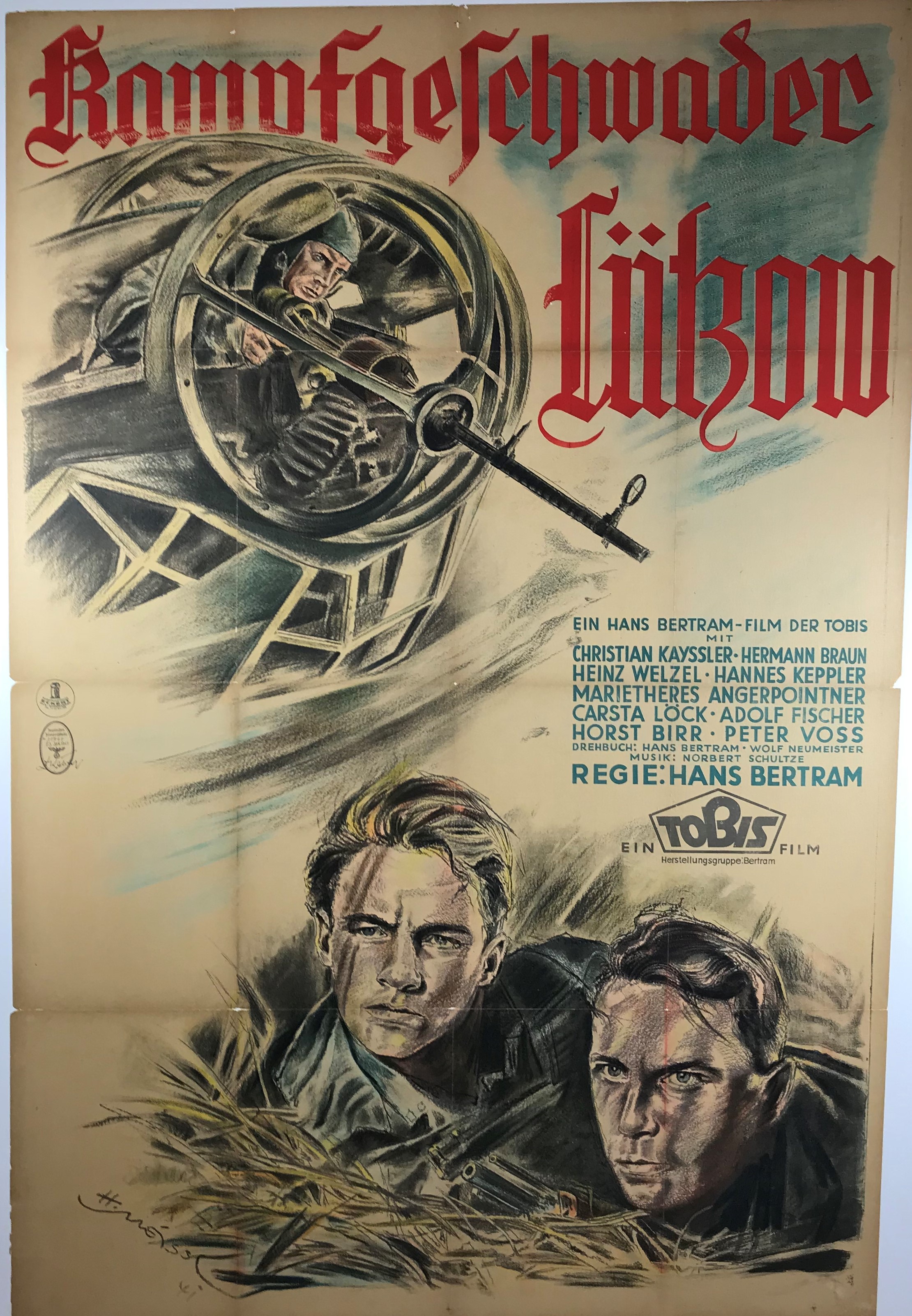 KAMPFGESCHWADER LUKOW, (BATTLE SQUADRON LUTZOW) 1941. Original Folded German Movie Poster  (37.5 x 56” / 123 x 184 cm) starring Christian Kayssler, Hermann Braun and Heinz Welzel and directed by Hans Bertram. Battle Squadron Lutzow is a WW2 period propaganda film glorifying the Nazi air bombardment of Poland and was part of a dozens of such movies made throughout the war and rarely shown following the defeat of the Third Reich, except for educational purposes. This poster depicts a gunner at the nose of a Heinkel bomber and two soldiers preparing to go to battle (without their helmets on!) Tobis film company came into existence during the silent film era in late 20’s and continued as one of four independent film producers until the Nazi era.

A rare poster in very good C8 condition, with some toning along the fold lines and slight cross fold separation. We recommend linen backing this scarce poster to prepare it correctly for framing and to stabilize the paper. We linen back and frame all our posters IN HOUSE at our studio in Katy, TX! Sorry framing is only available for local pickup.