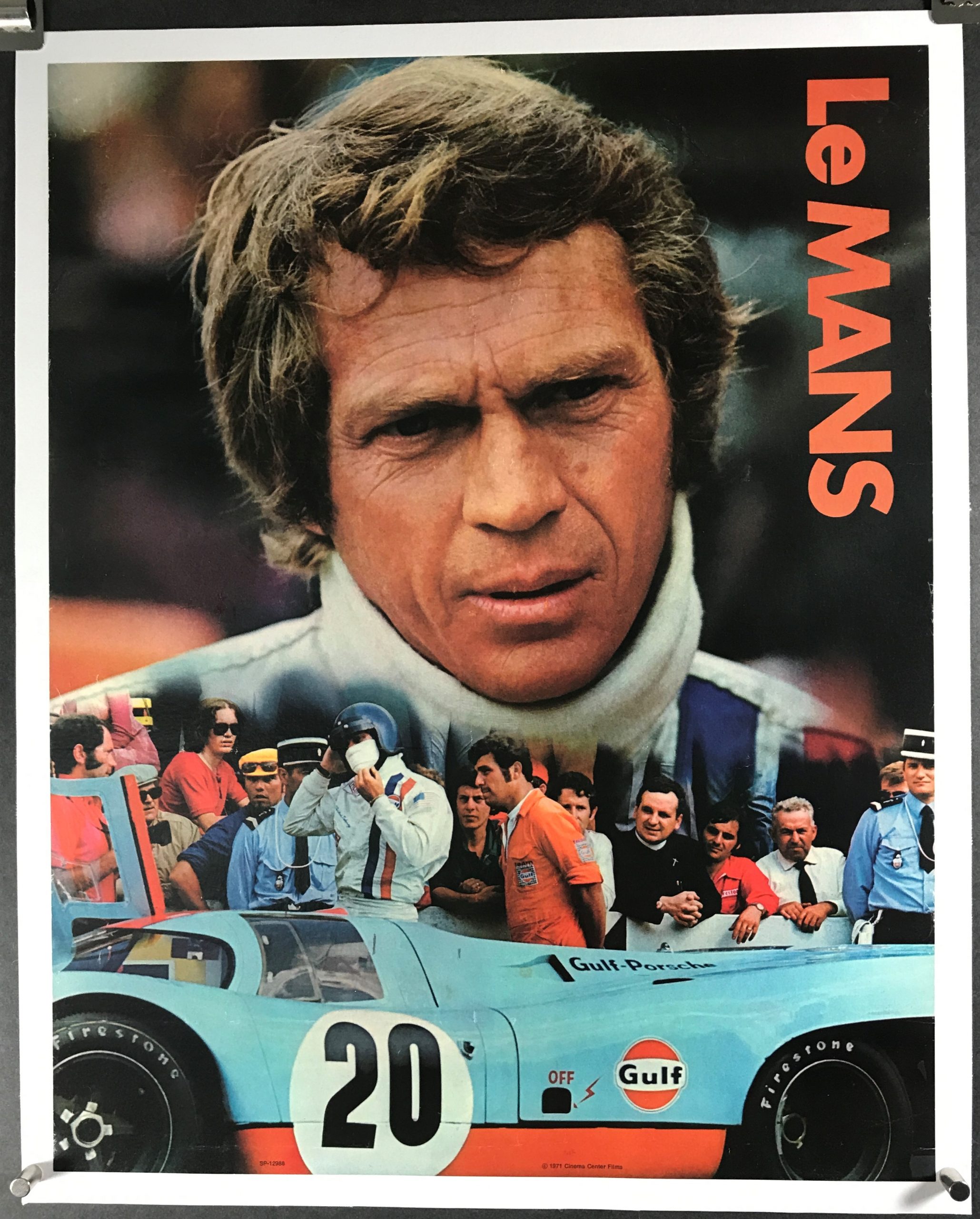 LE MANS GULF OIL Advertising Poster, 1971. Original Advertising (17 x 22” / 56 x 72 cm) Linen Backed Poster featuring Steve McQueen and the pits at Le Mans where his Porsche 917 is preparing for the 1971 24 hours endurance race in France. Earlier in the year in June this Porsche 917 won the race among a field that included 33 Porsche cars. New speed records were set this year as conditions were ideal for the race and there were still no limits to engine sizes. This was also the first year that a rolling start was used at Le Mans instead of the pit start.

This poster was in nice shape prior to linen backing though there were some scuff marks near the margins that were retouched during the backing process. Displays well and a nice chance to own a legendary piece from both motor racing and movie history.