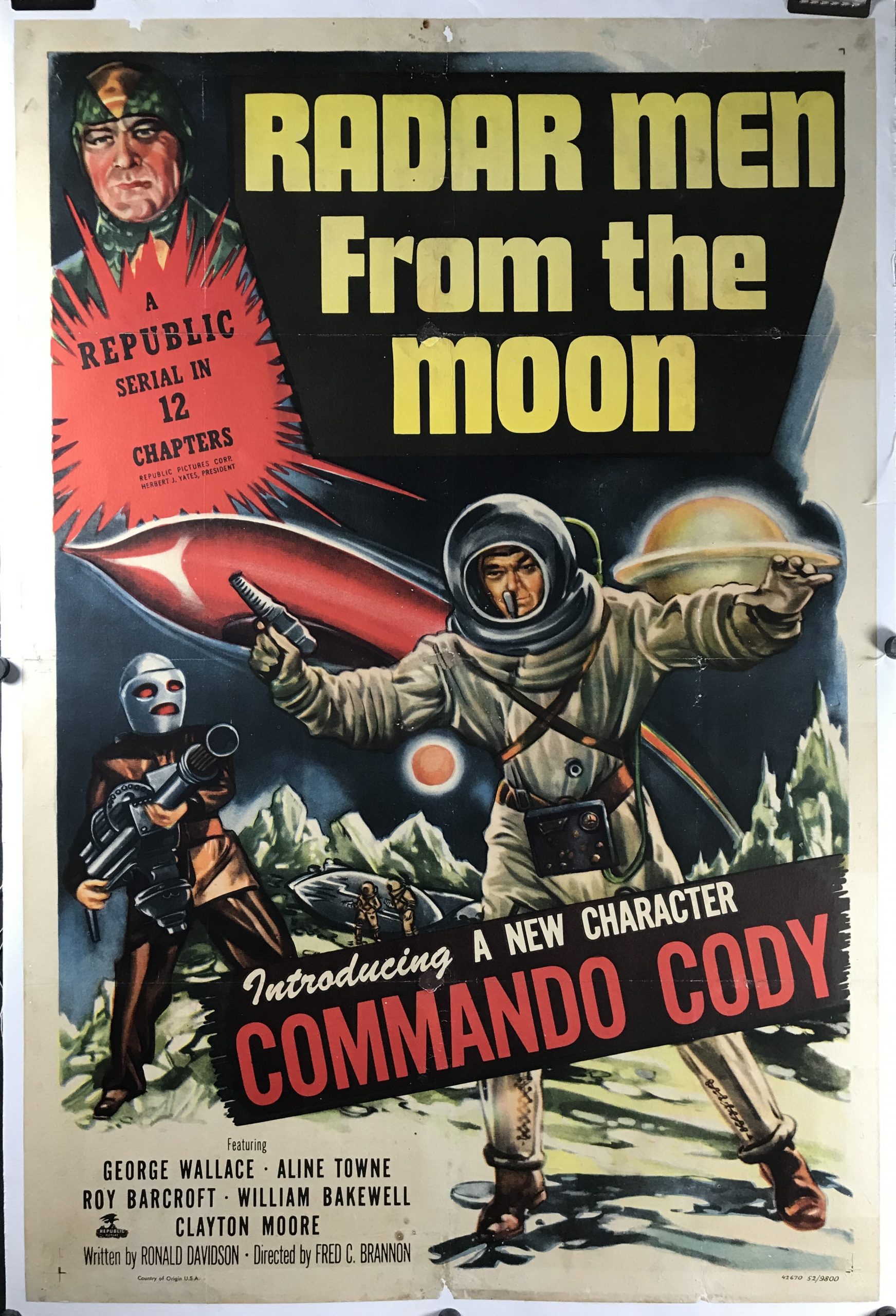 RADAR MEN FROM THE MOON: COMMANDO CODY, 1952. Original sci-fi serial 1 Sheet (27 x 41) movie theater poster for sale starring George Wallace, Aline Towne, Roy Barcroft, director Fred Brannon and writer Ronald Davidson. RADAR MEN FROM THE MOON was second of Republic Picture’s three “Rocket Man”serials and was the first serial to introduce the character Commando Cody, Sky Marshal of the Universe! This serial was shot in 12 chapters and became a important presence among science fiction films and cinematography. For example, the famous film from the 90s Rocketeer and several Star Trek episodes took the idea about the flying suit and ran with it. In terms of cinematography and effects, Howard and Theodore Lydecker (brothers) paved the way for having characters or objects fly in motion pictures. Their work first introduced here was ground breaking and became industry standard for how to do flying effects.

Posters from serials typically re-use artwork and when a poster is re-used it is called a “Stock” poster.  This serial introducing Commando Cody was made of 12 chapters and did not have a stock poster designed to have different titles pasted on it (which is characteristic for Republic Pictures 3rd serial mentioned above), it had this poster re-used for each new serial that was issued.

This particular original sci-fi Radar Men From the Moon movie theater poster for sale is in good condition. It does however demonstrate some minor and major flaws. There are numerous tears along the margin with some areas of missing paper at each cross fold, however paper replacement will be easy since these areas are solid colors for the most part. The paper is brittle, but the colors are vibrant. The rest of the flaws are easy to see after inspecting the photo of this poster. This sci-fi movie theater poster will look fantastic and be nicely preserved and stabilized following linen backing which is scheduled for 4th quarter of 2014.