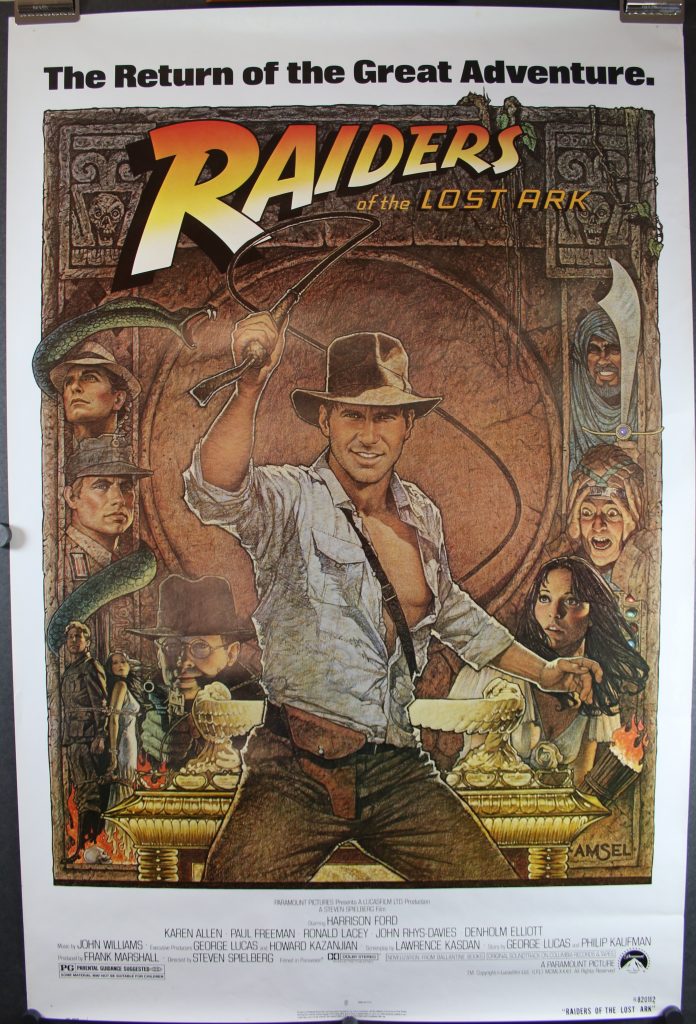 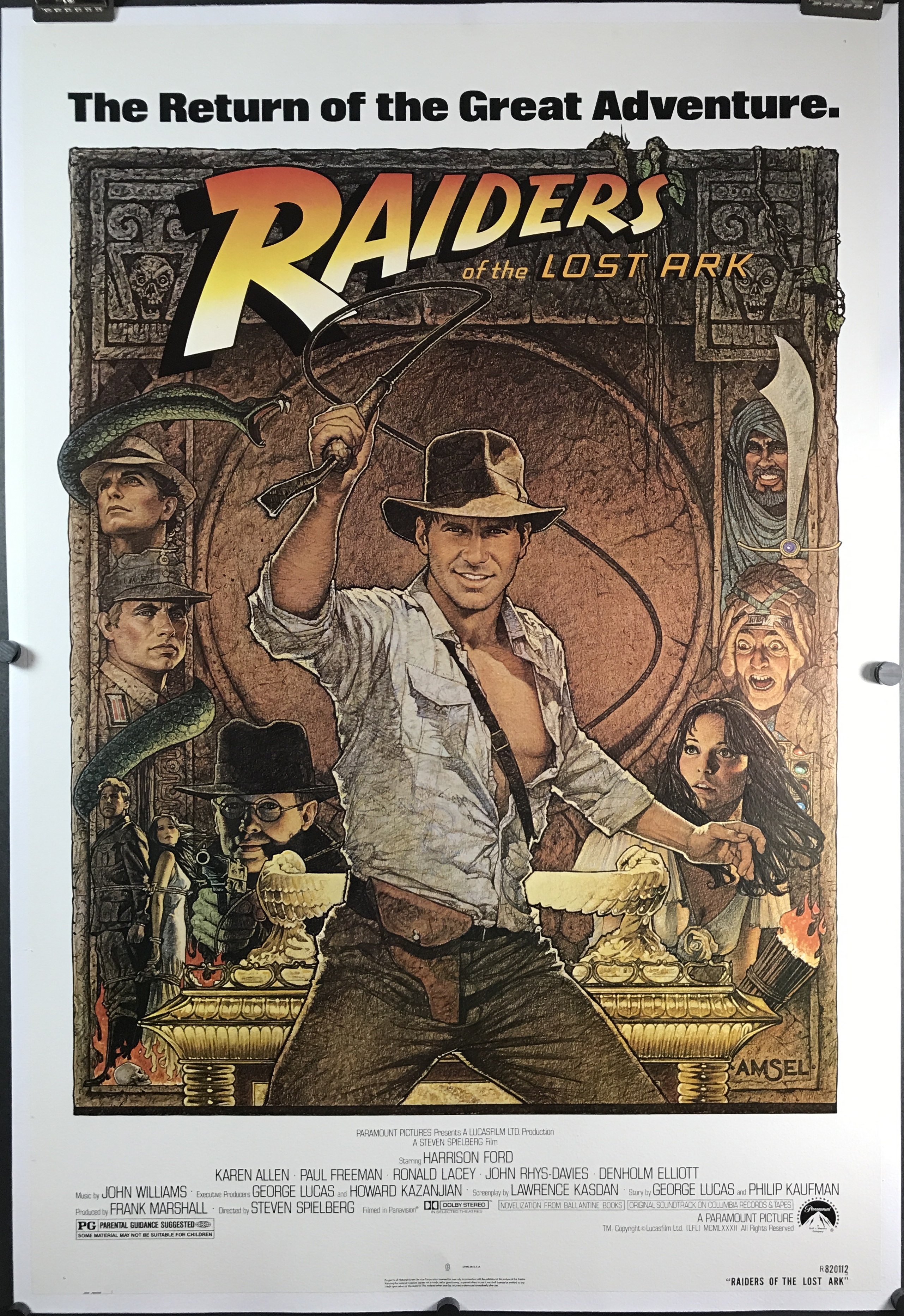 Raiders of the Lost Ark, 1981: Original Indiana Jones theatrical 1 Sheet (27″ x 41″) movie poster re-released to theaters in 1982 for sale and starring Harrison Ford and Karen Allen, Paul Freeman director Steven Spielberg and written by George Lucas and Lawrence Kasdan (screenplay). This film won 4 Oscars and had 24 other wins and 21 other nominations. An adventure classic featuring a grave robbing archaeologist “Indy” who battles the evil Nazis to save the world and stop the christian artifact “the ark” from falling into the hands of evil.

This is wonderful artwork by Richard Amsel; this poster is quite often more sought after than the original theatrical release!

The poster is in very fine condition to near mint condition and only has some minor imperfections to note. The upper right corner was crumpled a bit, and near the bottom, the paper had a partial fold like someone placed a book on the poster and it bent over the paper. The is ever so slight wear along the edges also