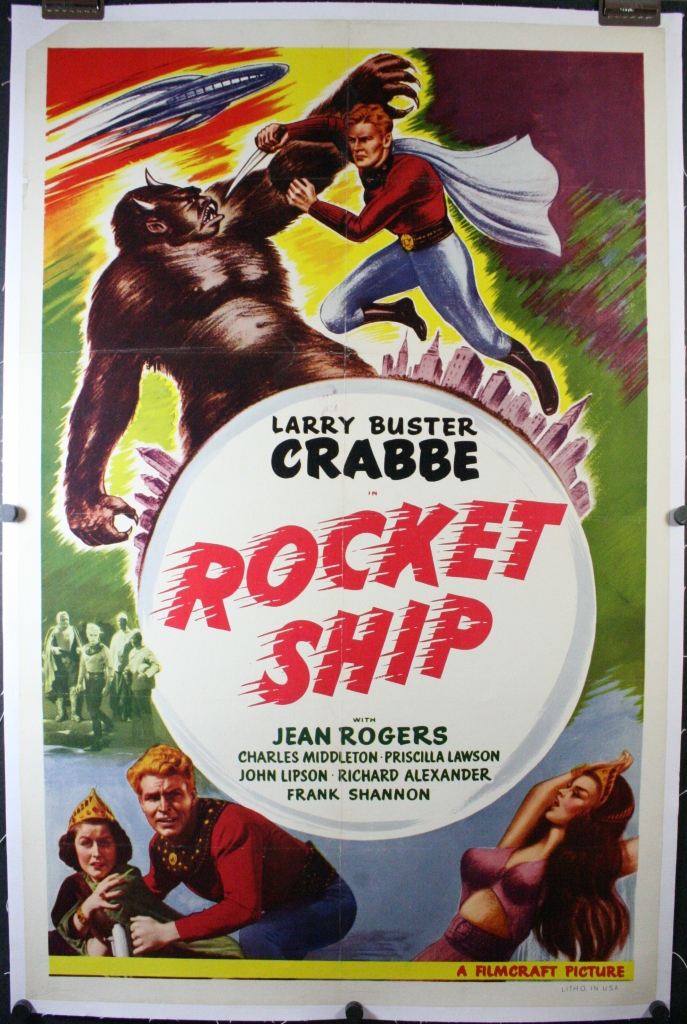 ROCKET SHIP, 1950. Original Flash Gordon 1 Sheet (27 x 41) 50s sci-fi comic strip movie theater poster for sale and starring; Buster Crabbe, Jean Rogers, Charles Middleton, directors Ford Beebe, Robert F. Hill comic strip by Alex Raymond and screen play by Ella O’Neill. This film was originally adapted from the 1936 serial into a feature length film released on a double bill in 1950 with “When Mars Attacks The World” and is also known as “Flash Gordon: Rocket Ship”.  The comic was originally released in 1934 as a comic strip through the newspaper the Sunday. There are some great keywords associated with this film for sci-fi lovers; Planet Mongo, outer space, Astronaut, good vs. evil, ray gun, space man and the list goes on. If your in the market for a true sci-fi vintage classic, then this is a spectacularly rare comic strip classic!

This original Comic Strip movie theater poster adapted from the 1930s serials and released in 1950 was in fine condition prior to restoration (see pre-restoration movie poster). There was a top left corner of the paper missing and the fold lines had some wear which is clearly visible Now that it has been linen backed it it is a spectacularly piece waiting to be added to any collector or comic book enthusiast.