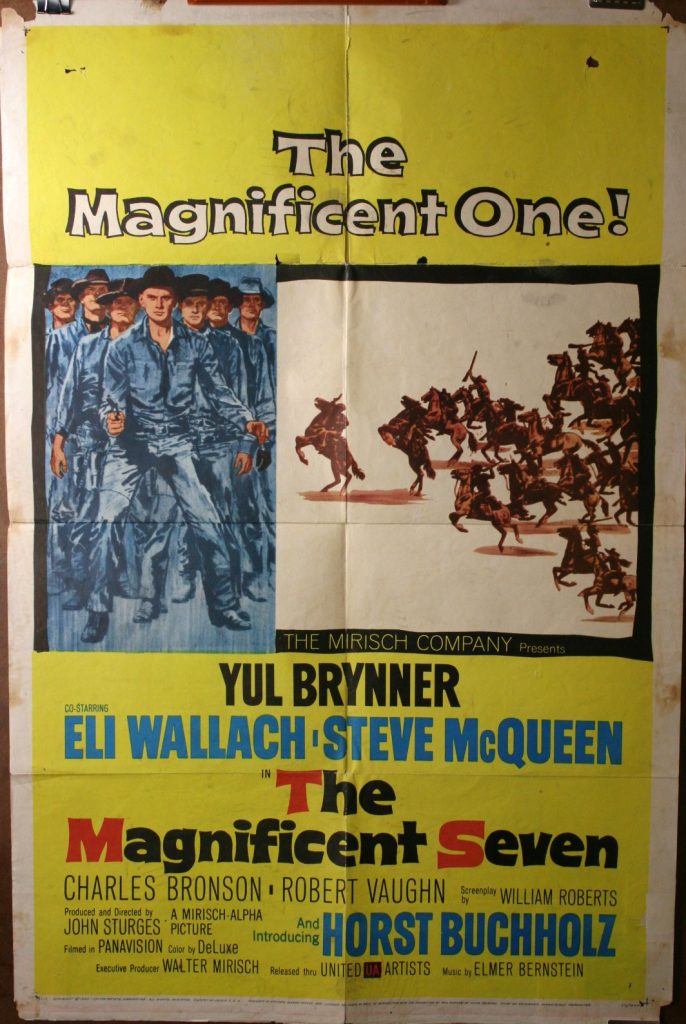 THE MAGNIFICENT SEVEN.1960. Original 1 Sheet Movie Poster starring a
Yul Brynner, Steve McQueen, Charles Bronson and Robert Vaughn. This
movie which was directed by John Sturges became one of the true
classics of the western genre Based on a Japanese story The Seven
Samurai a group of tough guys help defend a Mexican village being
terrorised by bandits. This poster was in C4 condition but has now
been restored and linen backed to a C6. SOLD

Please write us to look for another copy.