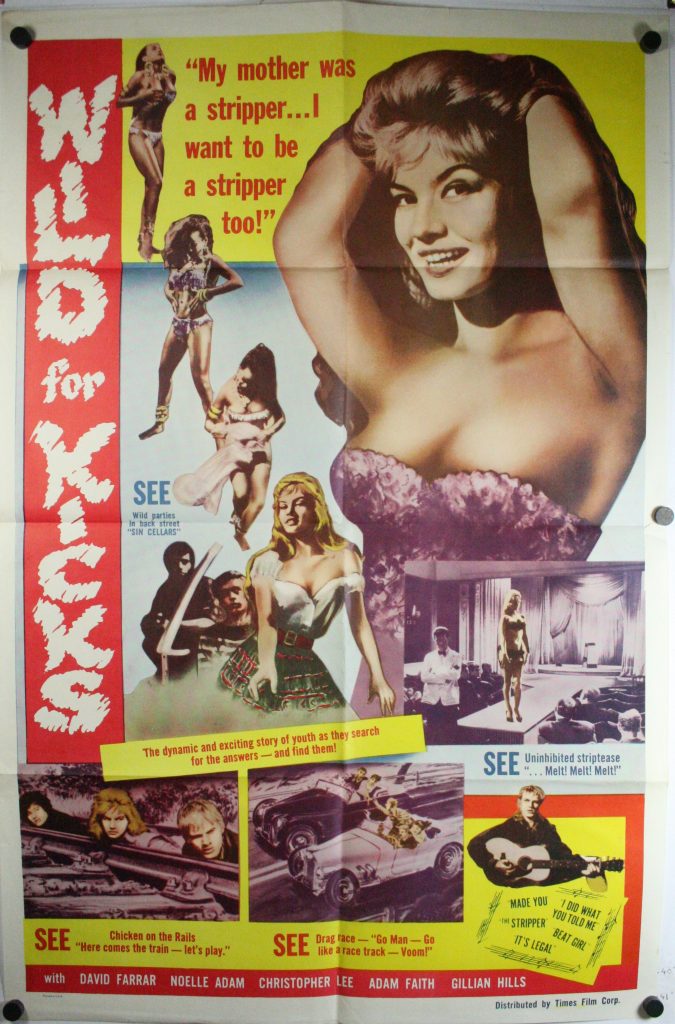 WILD FOR KICKS / BEAT GIRL, 1968. Original 61′ retitled folded 1 Sheet (27 x 41″) Bad Girl Sexploitation hot rod movie poster for sale, starring; David Farrar, Noëlle Adam, Christopher Lee director Edmond T. Gréville and story by Dail Ambler. Originally this film was released titled as “Beat Girl”  in the UK and when brought to the US 1 year later it was retitled to “Wild For Kicks”. Both poster versions seem to hold their value well as both have the same fantastic artwork. Interesting piece of movie history about this film was that it was the first film released in the UK that had its own soundtrack. The film is regarded as one of the better sexploitation films that actually makes an effort towards saying something to teenagers, “rebellion is good”.

This original bad girl, hot rod, sexploitation movie poster for sale is in fine, to very fine condition. It does however have some minor imperfections to note; there is slight soiling on the left vertical margin and very light edge wear. The rest of the poster is in remarkably good shape.