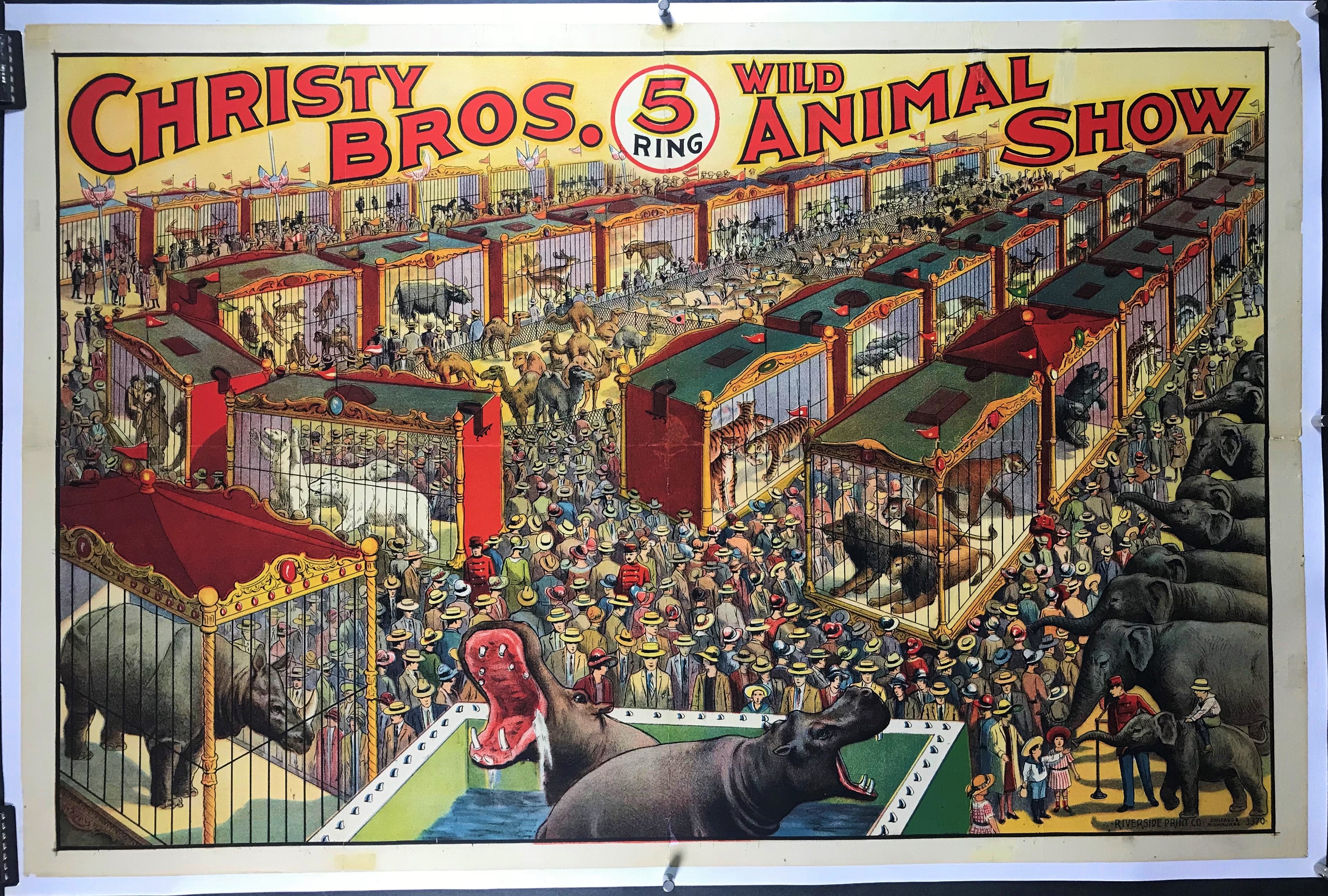 CHRISTY BROS. 5 RING WILD ANIMAL SHOW, 1922. This original stone lithograph circus poster measures 42″ x 28″ (139 x 91 cm) It was originally folded and is now linen backed. Riverside Print Co. Chicago & Milwaukee -3370-. This poster is a true piece of Houston history! It depicts a dense crowd of circus-goers walking through rows of circus cars filled with animals of all shapes and sizes, including lions, and tigers, and bears. Oh my!

Christy Bros Circus originally opened in 1919 as a Hippodrome show, and later changed format to a railroad traveling circus. From 1924-1930, the Christy Bros. Circus wintered in the city of South Houston. The owner, George W. Christy, loved the city so much that when the circus closed in 1944 he chose to set up permanent residence in South Houston. Mr. Christy held on to several of his elephants and used them to help build Spencer Highway, and he later went on to serve two non-consecutive terms as Mayor of South Houston.

To see more of our circus posters <<CLICK HERE>>

This poster was in very good original C8 condition prior to linen backing and is in good shape for its age. The edges of the poster show some wear at the edges of the fold lines, and where tape had been used in the past. The top-right corner is missing a small amount of paper. The fold lines have been retouched, and the center of the poster has been restored where paper was missing. More restoration has been done along the middle vertical fold line, and near the top right edge of the poster to repair two tears.