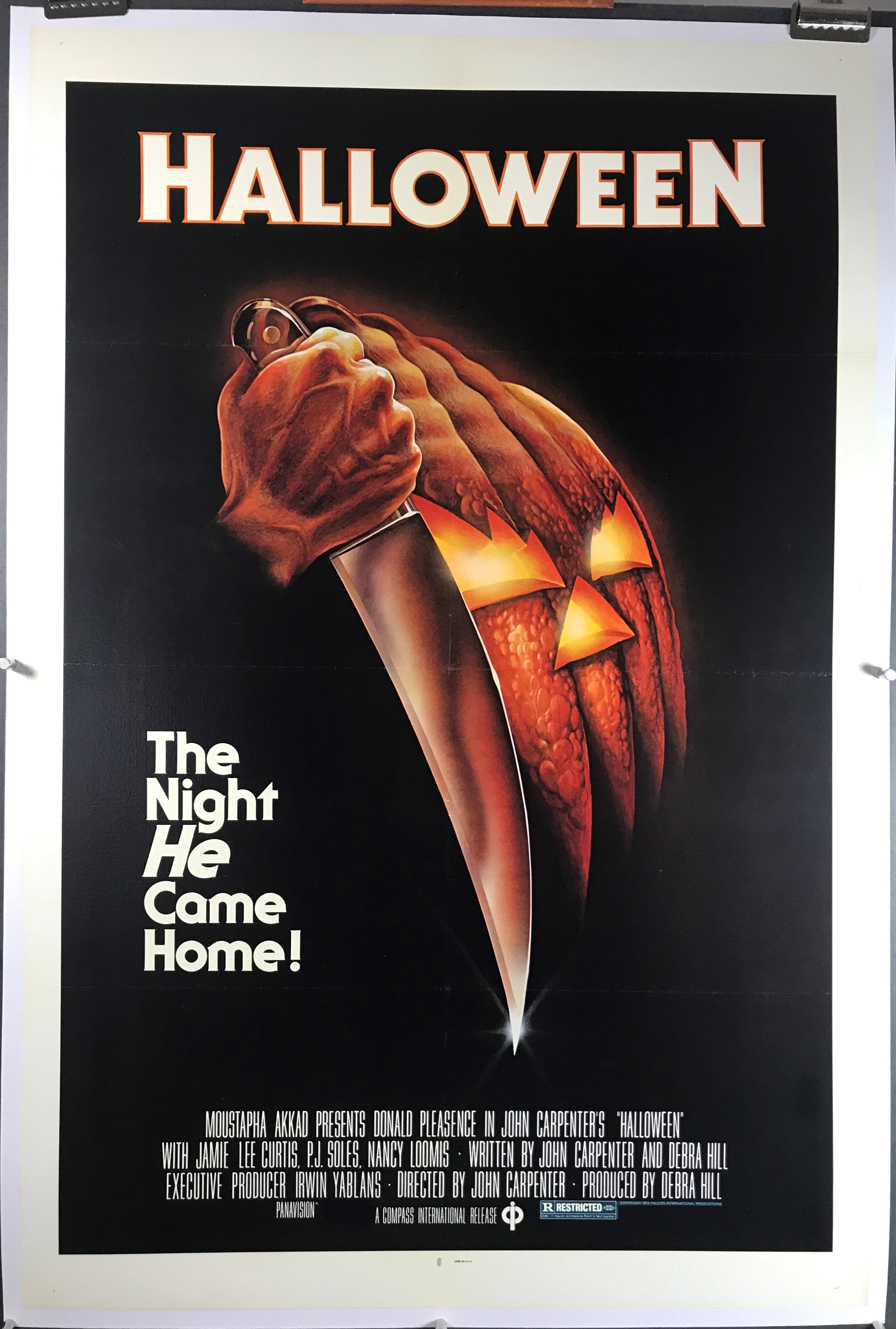 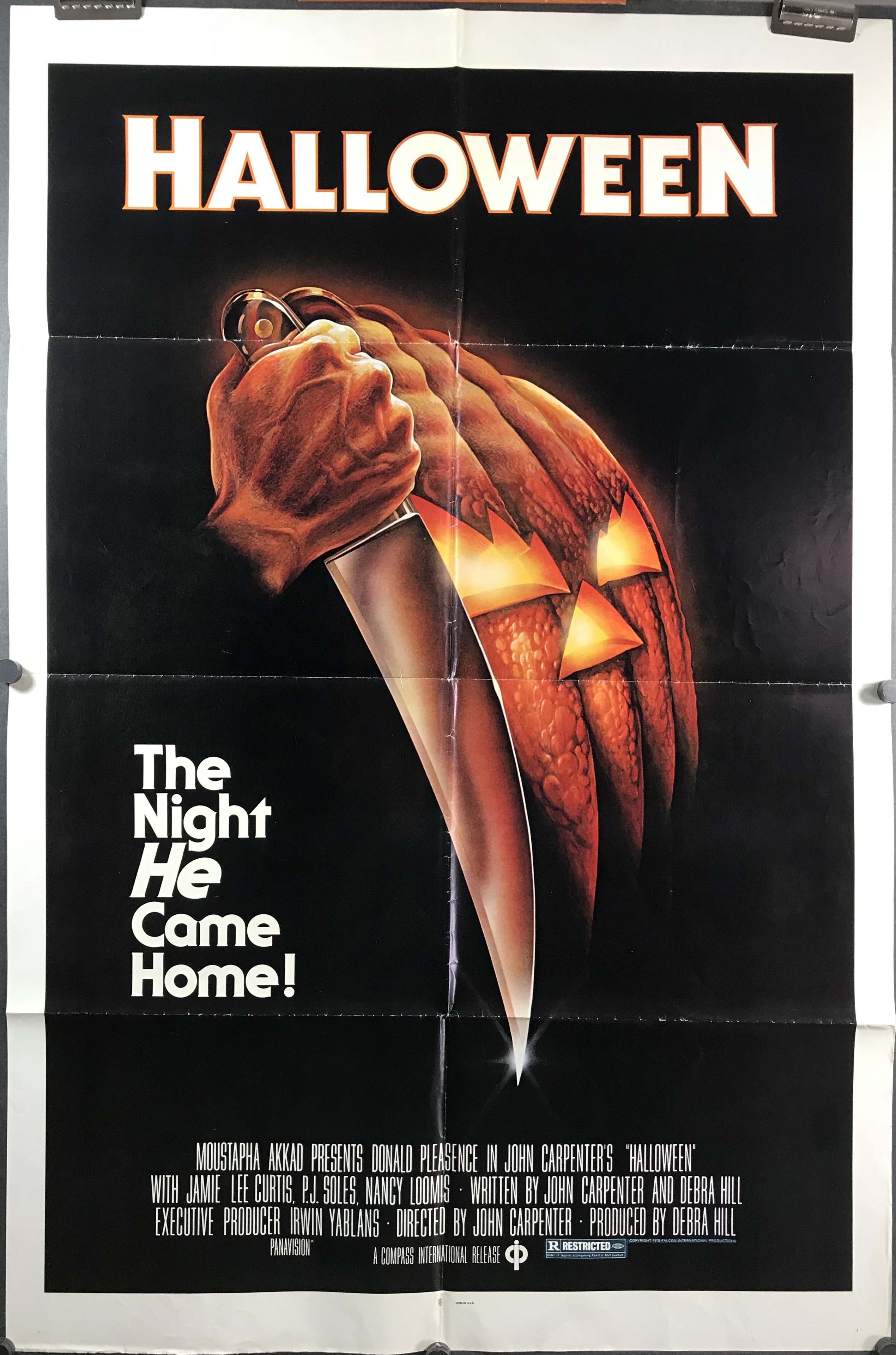 HALLOWEEN, 1978. Original 1 Sheet (27 x 41”) (89 x 135 cms) folded Movie Poster for sale and starring Jamie Lee Curtis, Donald Pleasence, Nancy Kyes and directed by John Carpenter who was also the author. This is widely considered to be the first film to start a popular resurgence of the horror genre and really set the standard for the next two decades. Well acted but with a small budget this was also the breakout role for Jamie Lee Curtis.  “The night He came home”

This original Halloween poster is folded and has very slight black patchy color loss along the fold lines. Add linen backing to your basket to resolve this minor issue.

There are 3 versions of this poster all with identical artwork  but with a different color ratings box. The initial release in 1978 used a blue or green ratings box (some consider blue and green the same color) while later in the print run the ratings box became black. The film was made on a low budget and was not expected to be received so enthusiastically by audiences so the release was extended into 1979 with additional posters being printed with the black ratings box. Both versions are considered to be original releases for this film.

This poster has the rare Blue ratings box.