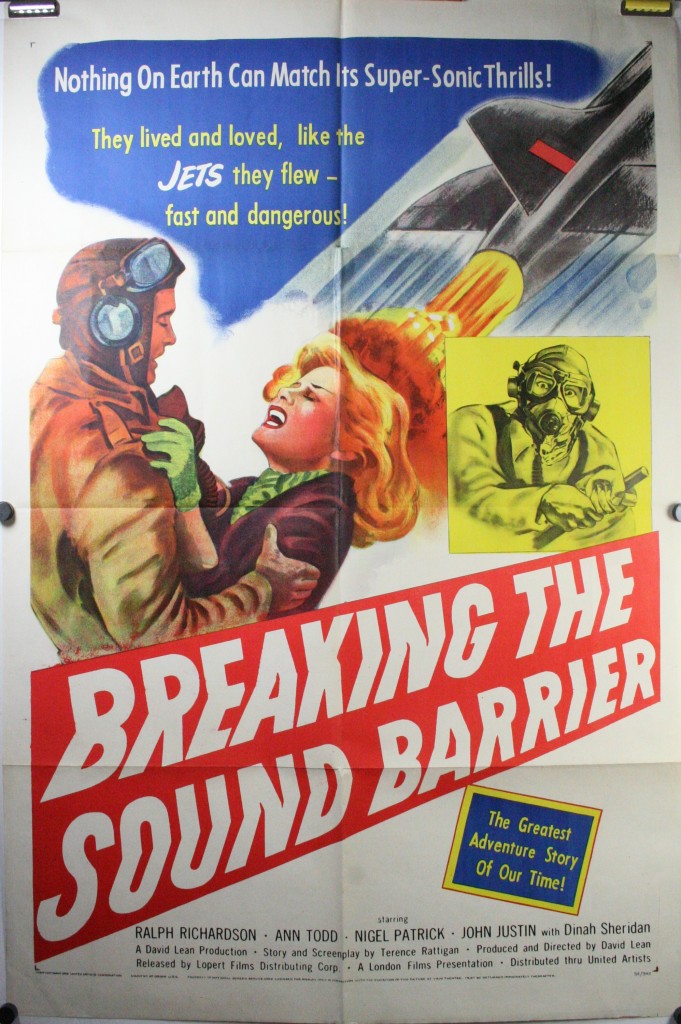 BREAKING THE SOUND BARRIER, 1952. Original airplane 1 sheet  (27 x 41” / 68 x 104 cm) movie cinema poster for sale starring; Ralph Richardson, Ann Todd, Nigel Patrick, director David Lean and writer Terence Rattigan. This Oscar winning movie featured in cinema’s in the early 50s’ was also known as “Breaking Through the Sound Barrier”. Definitely a well written movie this film won 8 other awards the year it was released including another nomination for best writing at the Academy awards! This film chronicles the story of the Brits attempt at breaking the sound barrier. The star airplane in this film was the British “De Havilland Comet”, which is noted as histories first jet airliner. A lot of the actors actually flew and didnt realize how dangerous the plane was which only a few years later in 1954 2 were destroyed in a mid air flight due poor design.

This original airplane 1 sheet movie poster featured in cinemas in the 50s is in very fine condition and has only a few minor imperfections to note; pin hole size separation at the cross folds a folded over corner on the bottom right and some light wear along the bottom margin. This is investment grade condition.