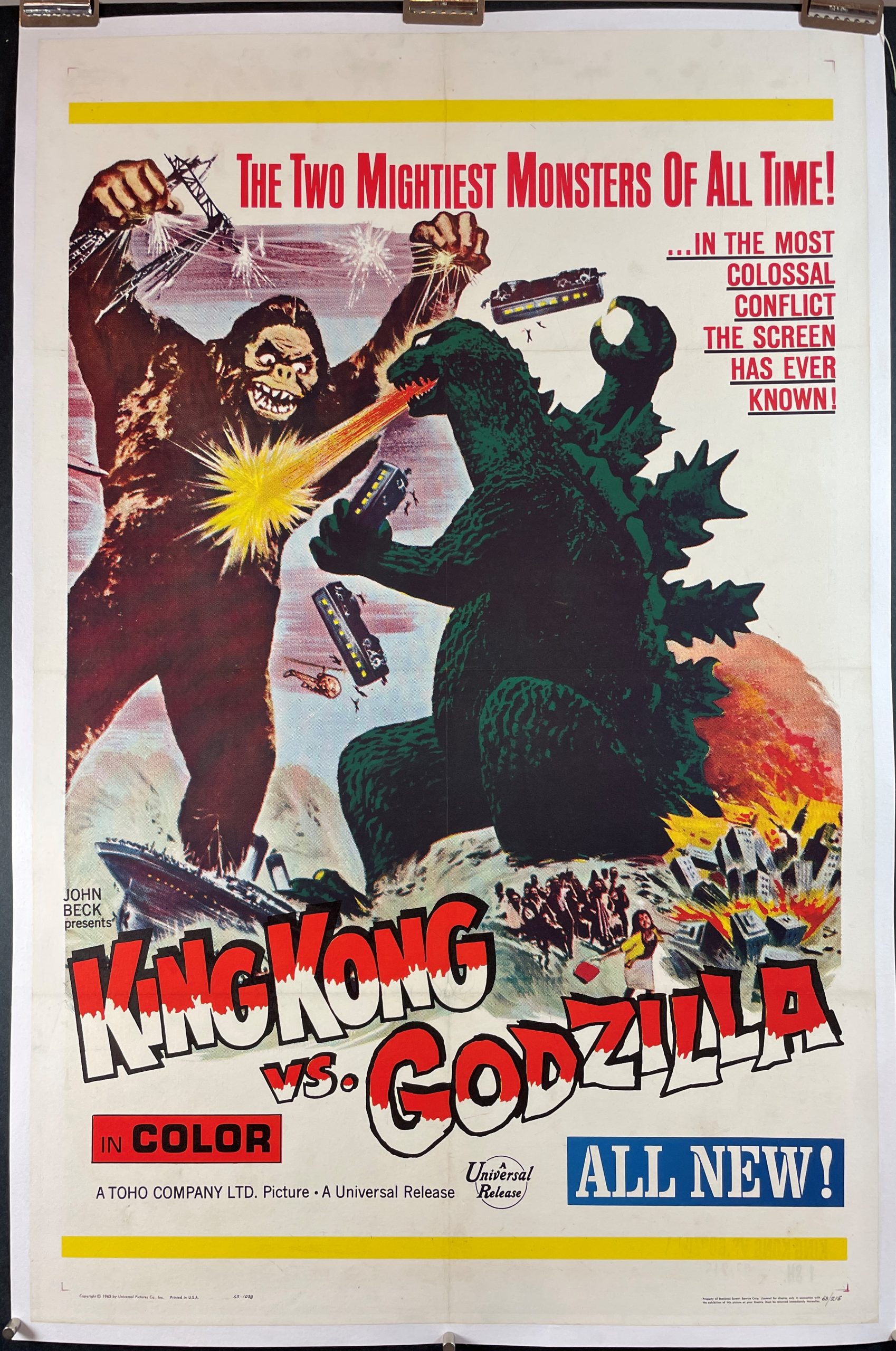 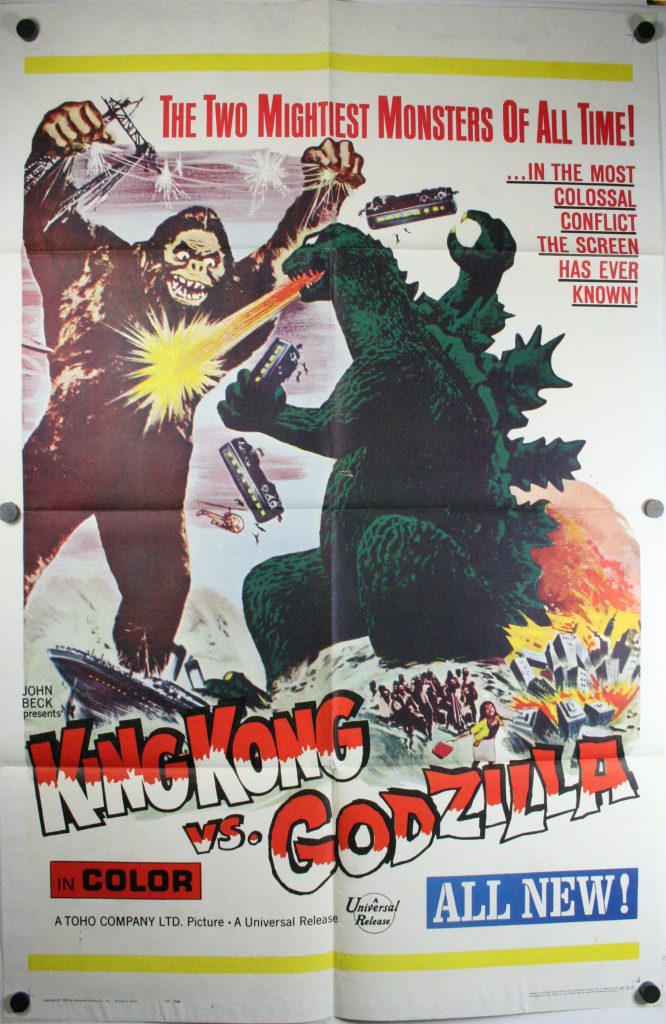 KING KONG VS. GODZILLA, 1962. Original Horror 1 sheet (27 x 41” / 68 x 104 cm) movie theater poster for sale starring; Tadao Takashima, Kenji Sahara, Yû Fujiki, director Ishirô Honda and writers Bruce Howard, Paul Mason. Also known as “King Kong Vs. Gojira”, this film marks the first time either King Kong and Godzilla were filmed in color and it was also the first time either was shot in wide-screen and released to the movie theater. Originally this horror movie was envisaged to have Stop Motion photography to be used, but a dwindling budget had it employed only in a few scenes; leaving the tone of the film a little comedic as result.

Stop Motion photography uses an object or figurine and has it move in small amounts toward the action desired. Individual photographs are taken at each step and then stitched together to make the animation. The techniques was first used in film during the making of The Humpty Dumpty Circus (1897).

For all our King Kong posters or Godzilla posters follow the links.

This particular original horror movie theater poster for sale, is in very fine to near mint condition and has only two minor defects to note; there is a gouge near Godzila’s belly just above the central cross fold (paper is not missing) and there is very light water damage along the bottom margin. Outside of this the poster is in a condition that would match its condition released from the production studio in the early 60s’!