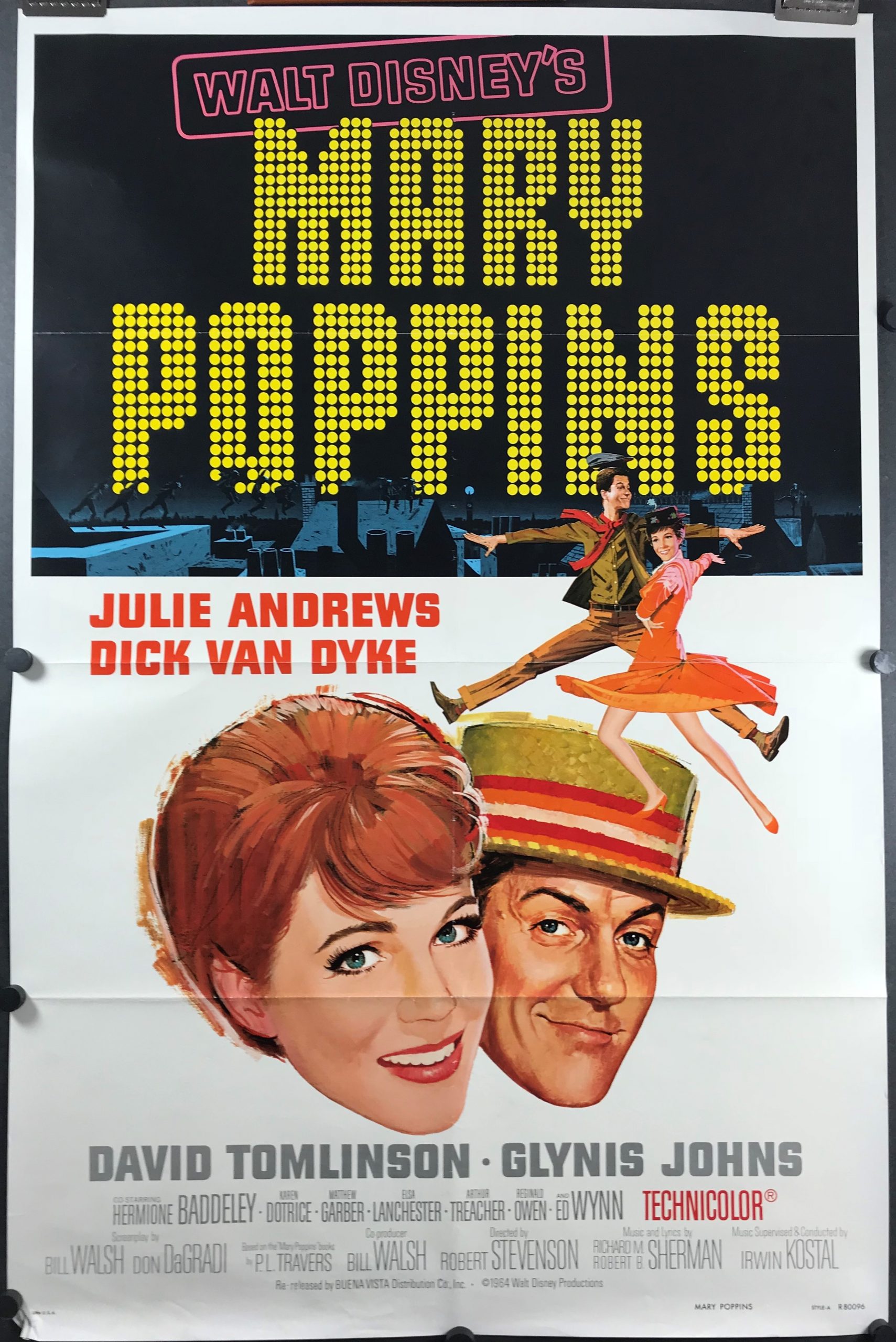 MARY POPPINS, 1964. Original One Sheet (27 x 41”), (89 x 125 cm) original trifold movie poster starring  Julie Andrews and Dick Van Dyke in one of the most beloved movies of all times. This is the Style A version of the posters first used in 1964 and used again her for the 1980 re-release featuring both Julie Andrews and Disk Van Dyke prominently displayed.  Directed by Robert Stevenson Julie Andrews is hired to be the new nanny to two children and performs her magic throughout the film eventually meeting Dick Van Dyke as the local chimney sweep. This is the movie that brought so many wonderful songs by the Sherman Brothers including “Supercalifragilisticexpialidocious”! “Walt Disney’s Greatest