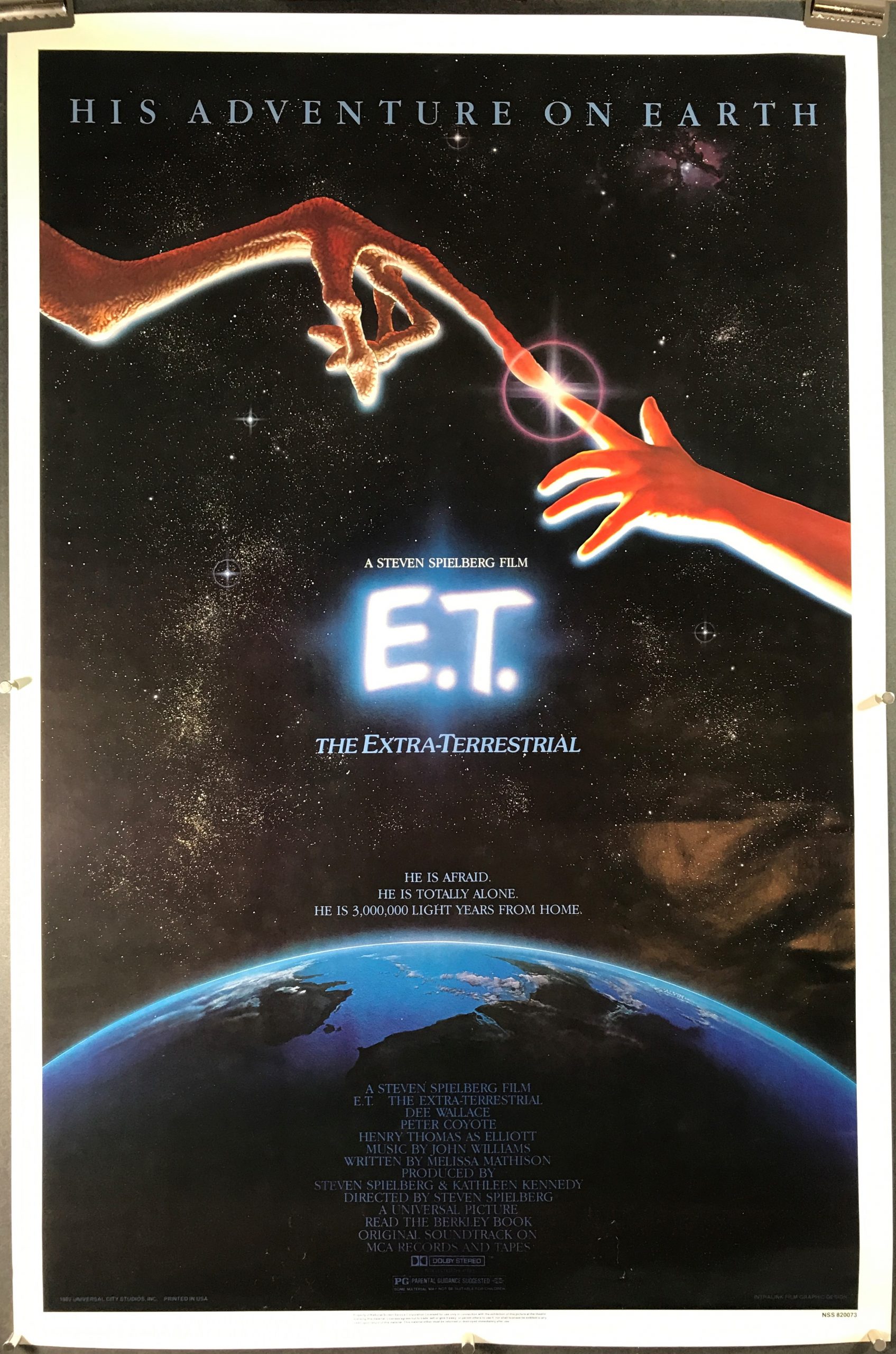 E.T.: THE EXTRA TERRESTRIAL, 1982. Original rolled 1 Sheet (27 x 41″) movie theater poster for sale starring; Henry Thomas, Drew Barrymore, Peter Coyote and directed by Steven Spielberg. A classic film of the 80’s and one of Spielberg’s classics that won 4 Oscars and helped define a generation of people all across the world. In contrast to all the preceding “Alien” movies this Alien turns out to be a gentle, benevolent alien and is secretly and tenderly cared for by children until he falls sick.

There are three very popular poster versions for this film that are known among collector’s and fans; this version, the standard 1 sheet for the theatrical release and there are is the “Bike over the Moon” poster version and the Advance 1 Sheet, largely considered to be the most valuable and sought after release for the film.

This particular rolled 1 sheet for E.T. The Extra Terrestrial is in immaculate, investment grade, mint condition. There are no major or minor imperfections to note.