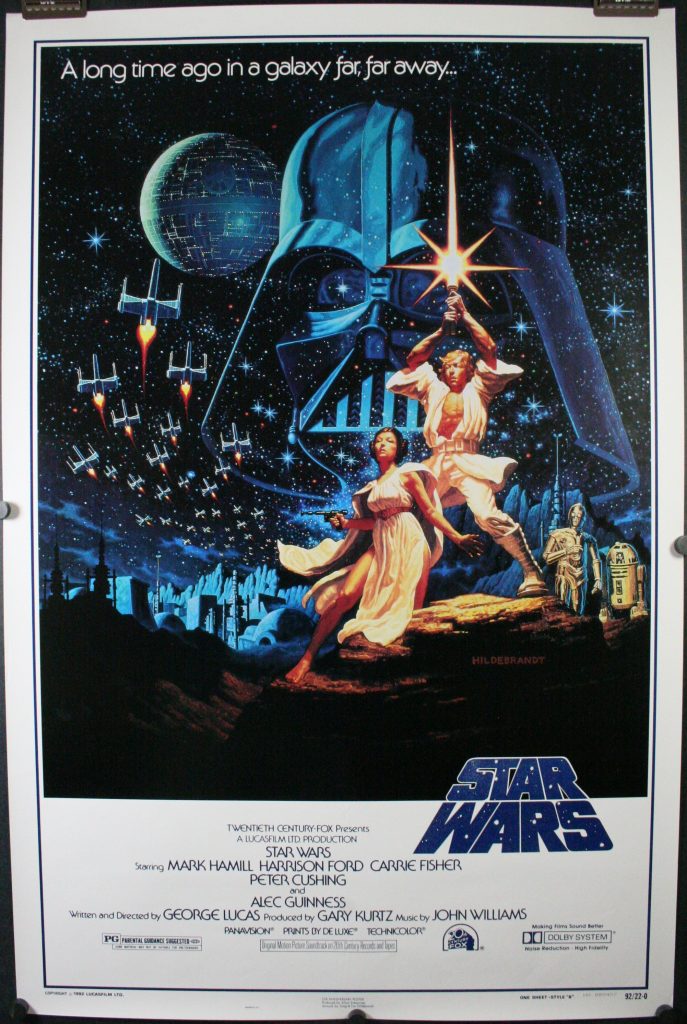 STAR WARS HIDELBRANDT, 1992. Original rolled Style B 1-sheet (27 x 41″) Kilian fan club poster that is for sale and starring; Mark Hamill, Harrison Ford, Carrie Fisher, Alec Guinness, Peter Cushing, and director writer George Lucas. These beautiful Hidelbrandt brothers posters were re-released in 1993 and feature some striking artwork. There are two known originals for this artwork; the Style A (strangely released in 1993) and this Style B (released in 1992) celebrating the 15 year anniversary release of this quintessential science fiction film. The difference between the two posters is in the title text. This Style B reads “Star Wars” the style A reads “A New Hope”.

This particular Style B Kilian Fan club Star Wars Hidelbrandt rolled poster is in investment grade near mint to mint condition. There are no major or minor imperfections to note. This poster is just about as close to flawless as you get in movie poster collecting.