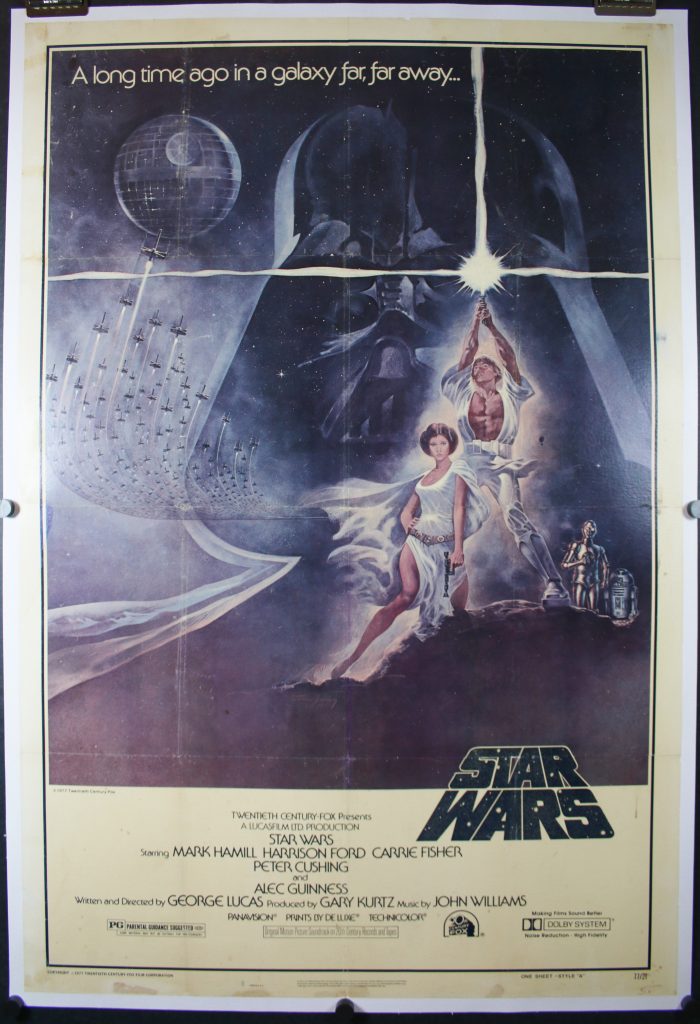 STAR WARS: Episode IV, 1977.Original Linen Backed “style A” second printing 1 Sheet (27 x 41″) theatrical movie poster for sale starring; Mark Hamill, Harrison Ford, Carrie Fisher, Alec Guinness, Peter Cushing, and directed by George Lucas. “A long time ago in a galaxy far, far away…” This beautiful artwork by famed Star Wars poster artist Tom Jung is the tough to find second print run and is a rare piece and one usually sought after by collectors due to its scarcity when compared to the third and fourth print runs.

Keep in mind there is also a original “Soundtrack” version which is identical except for a tag below the credits which reads “Original motion picture soundtrack on 20th century record and tapes” in ultra large text.

To <Browse all our Star Wars  posters> follow the link!

There is a lot of information on the internet about authenticating these different versions. The four bullet points below list out the known reproductions.

This particular Star Wars 1 sheet style “A” 4th printing is in near mint condition with no major and only some minor imperfections to note. There are a 3 border chips which can be easily seen if the poster’s photo is clicked to enlarge and there is the slightest wear along the fold lines.  Style A tri-folds are very rare so get this one while its still available!