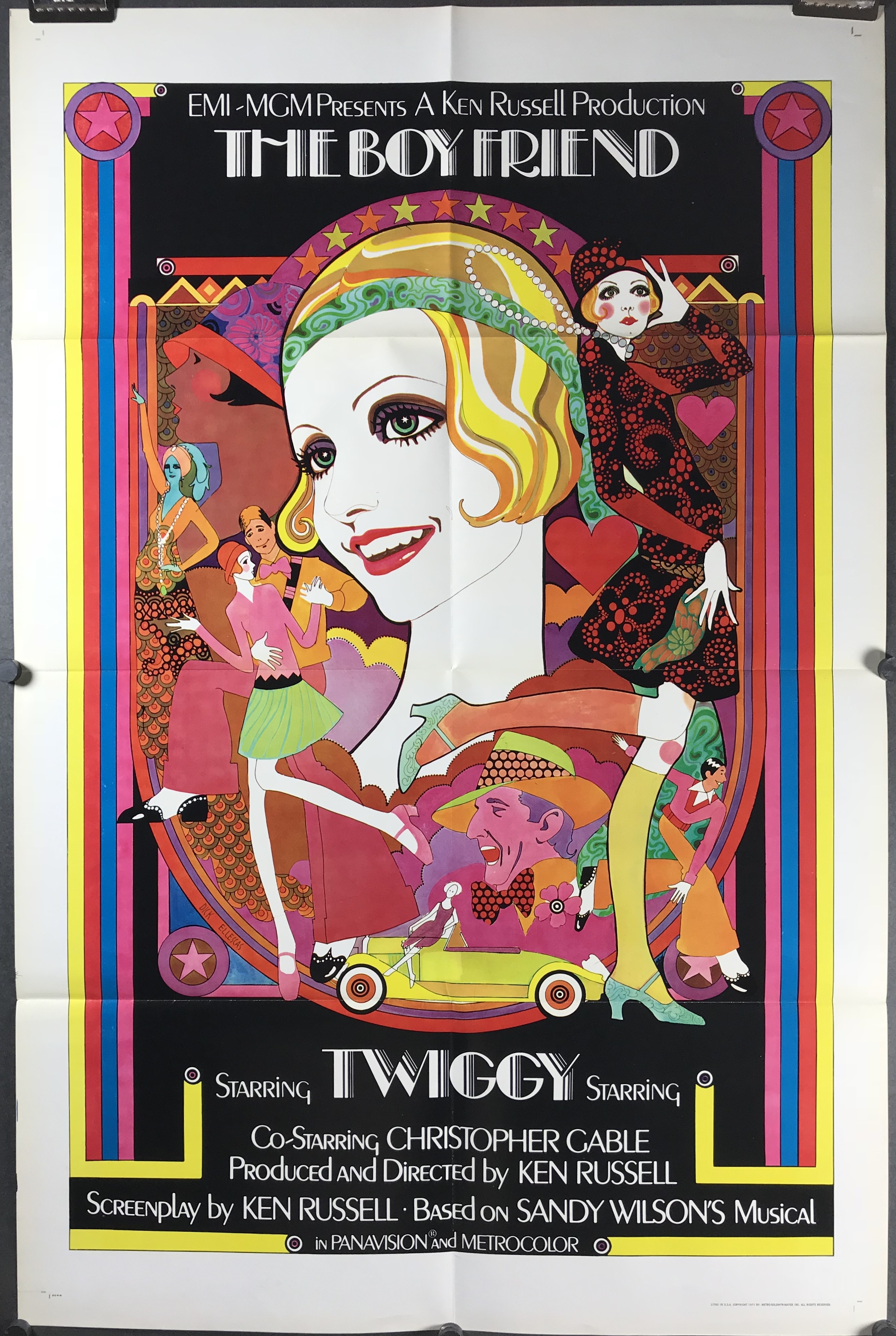 THE BOY FRIEND, 1971. Original 1 Sheet (27 x 41”) (89 x 135 cms) folded Movie Poster starring Twiggy and Christopher Gable. Directed and produced by Ken Russell. The Boy Friend is a charming film adaptation of the 1920’s era musical by Sandy Wilson. The story follows a mousy stage manager who is forced to act as an understudy for her production’s starring lady, and then has to take her place after the star sprains an ankle. As she takes on the role she blossoms into a star, and finds love along the way.

Twiggy had just ended her reign as the most popular model in the world, and wanted to delve in to the world of acting. She won two golden globes for her performance, best actress and best newcomer. The film itself was nominated for the Academy Award for Best Music, Adaptation and Original Song Score.

This cool folded 1 sheet poster is in excellent original C9 condition with very vivid colors and stunning art deco psychedelic imagery. The fold lines are faintly visible, but is otherwise flawless. Linen Backing is available for an additional $80 .