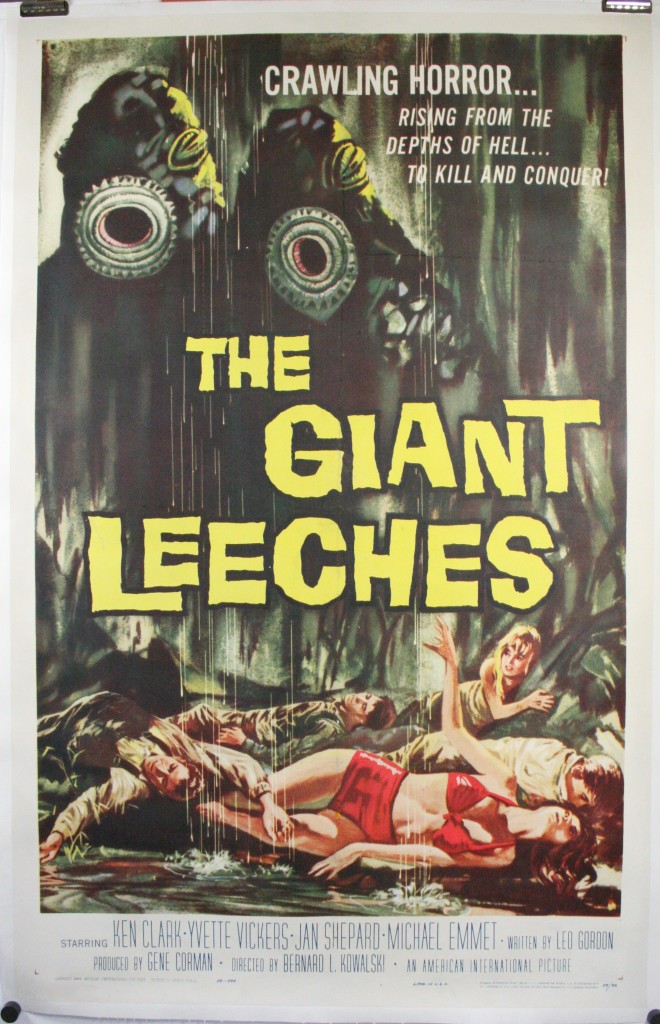 In part due to the scare of Soviet Russia and the spread of communism; the B Grade creature horror genre in the 50s took shape and captured the minds, fears and sometimes funny bone of many hot rodding, drive-in movie theater film goers. This film was never made to win awards, but it was also not made badly. There is a lot of enjoyment to be had watching this movie and it is in fact one of this author’s personal favorites!

This particular B grade Attack of the Giant Leeches original 1 sheet movie theater poster was sold to us already linen backed. Prior to linen backing there were some defects to note that are currently not detectable when displayed behind a frame. The linen backing was done fairly well and following the backing there was some touch-up work that was nicely done on the fold lines. There are few scattered other minor defects that are not prominent enough to note.

For an original Half sheet for this film (Click Here)!