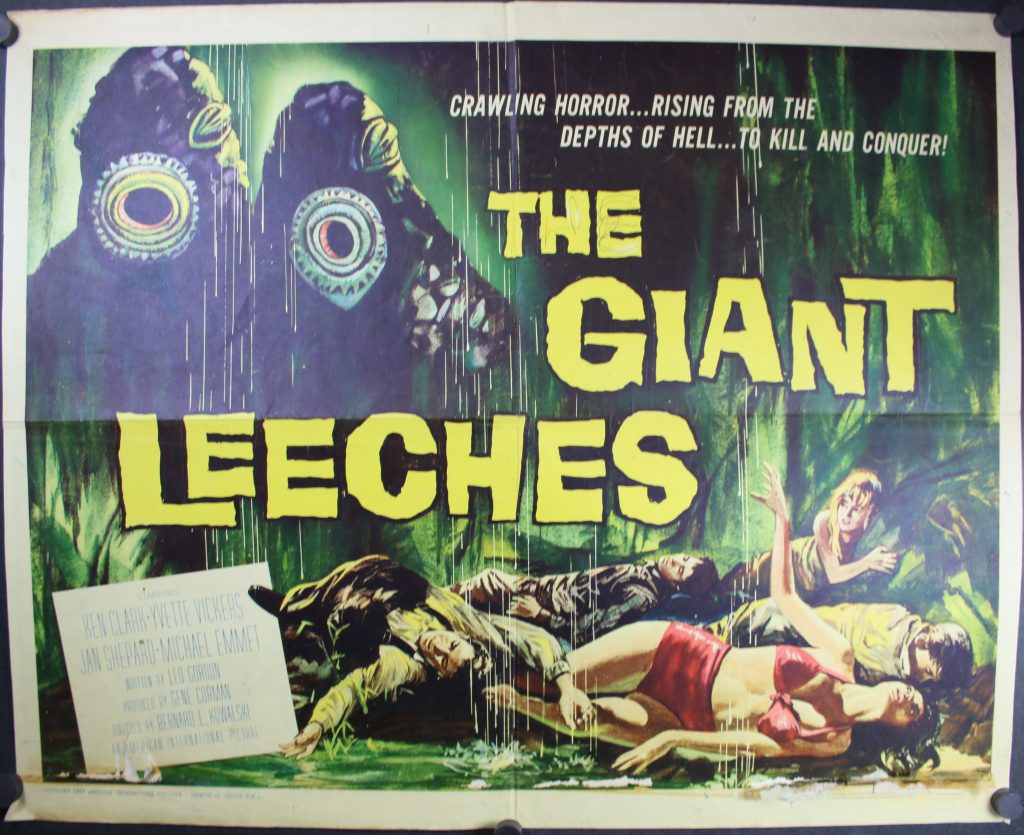 ATTACK OF THE GIANT LEECHES, 1959.  Original Sci-fi Half sheet  (22 x 28”) movie theater poster for sale starring; Ken Clark, Yvette Vickers, Jan Shepard , director Bernard L. Kowalski, producer, Gene and Roger Corman and writer Leo Gordon (story line and screen play). Also known as “She Demons of the Swamp”, “The Giant Leeches” and much more rarely known as “Attack of the Blood Leeches” and “She Demons of the Swamp”!

The B Grade creature horror genre in the 50s took shape and captured the minds, fears and sometimes funny bone of many hot rodding, drive-in movie theater film goers because of in part due to the scare of Soviet Russia and the spread of communism. This film was never made to win awards, but it was also not made badly. There is a lot of enjoyment to be had watching this movie Roger Corman B-grade classic!

This particular Attack of the Giant Leeches half sheet movie poster is in very good to fine condition, but does show some minor imperfections to note. The poster was folded, but there is no damage to the fold lines. There is however some wear along the margins and the top right corner has been folded. The bottom left corner had tape on it for sometime which caused some iron oxide staining. The tape had been taken off forcefully at sometime and tore some of the paper. The poster would look great linen backed and with some light touch-up work. Our studio can restore this for an additional 100 usd. The  upper left quadrant is over-exposed from the photograph, there aren’t any issues with the color, they are quite vibrant.

For an original 1 sheet for this film (Click Here)!