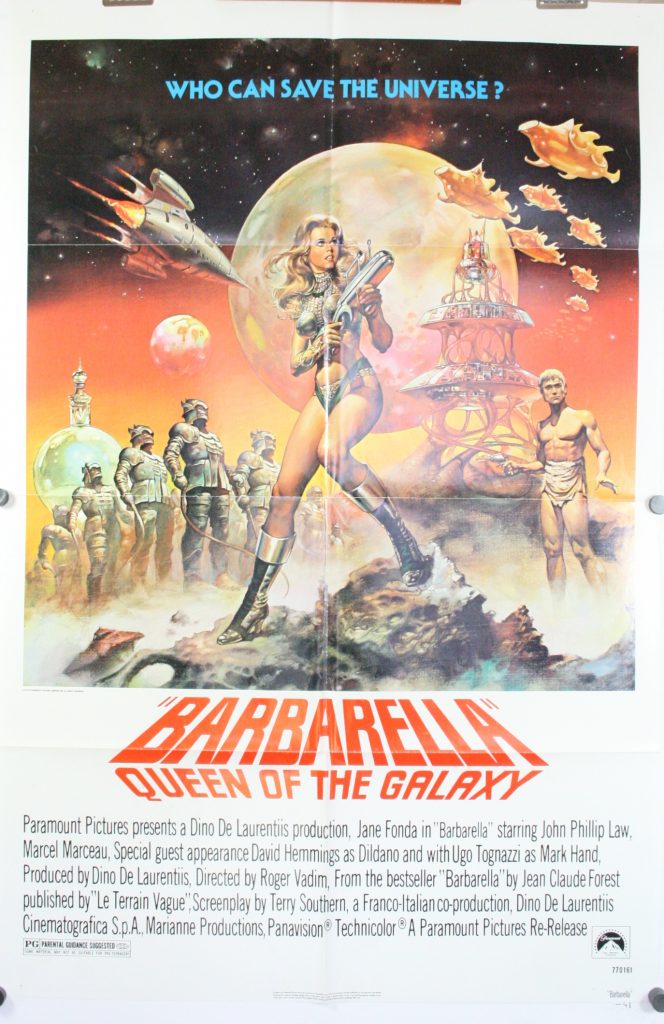 Barbarella, 1968. Original 1977 Re-release 1 sheet (27″x41″) movie theater poster for sale and starring;  Jane Fonda, John Phillip Law, Anita Pallenberg, director Roger Vadim, writer of the original French comic Jean-Claude Forest and collaborating writer Claude Brulé. Set in the 41st century this Dino De Laurentiis production is a psychedelic Sci-fi, porn parody and there is no doubt that this film was clearly a product of the 60s. The sci-fi artwork was painted by artist Boris Vallejo and is so good, that the value of this re-release is nearing the value of the original release from 1968. Few posters can say that and is true testament to how the artwork plays a critical role in the value of movie posters. This poster features the re titled name used for the 1977 theatrical release called: Barbarella “Queen Of The Galaxy”.