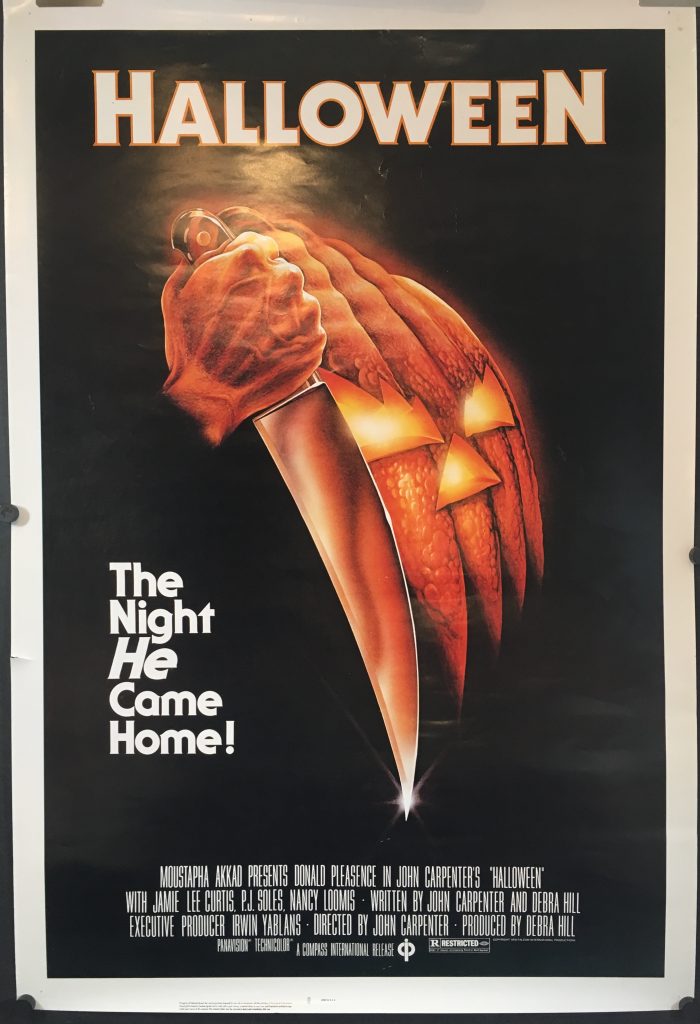 There are 3 versions of this poster all with identical artwork but a ratings box which can be 1 of 3 different color variations (a blue or green for the first release to theater in 78′ and a second black ratings box print run for its continued release into 1979).

The most valuable version is the rating box that is colored blue or green for the films initial launch window to limited theaters. Due to box office success, the film’s release continued into 1979 and the marketing team called for a second print run and became the birth for this black ratings box movie cinema poster.

Both of the poster print dates are considered to be original releases for this film.

This original Halloween poster was rolled, but with some blemishes throughout the black which can be effectively restored during linen backing (click on photo to zoom). A more significant issue is 1/8″ was trimmed from the bottom and top of the poster. The trimmed length can be restored with paper from a donor Halloween poster from 1979. To linen back and restore the margin and paint will be an additional 150 usd. 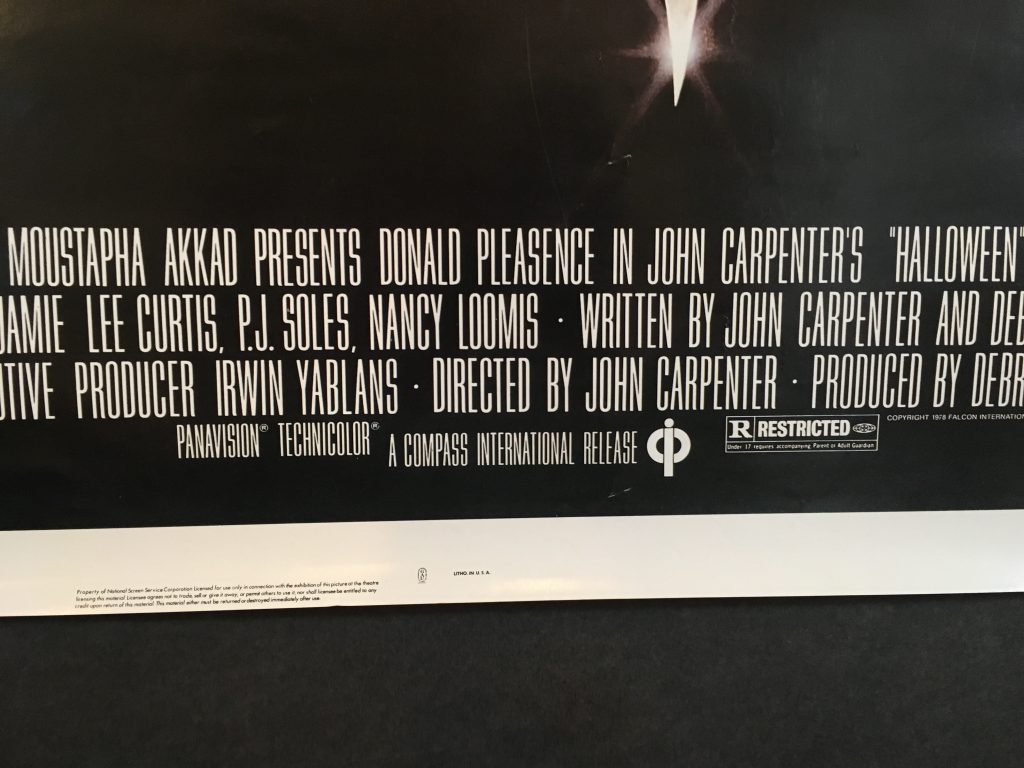