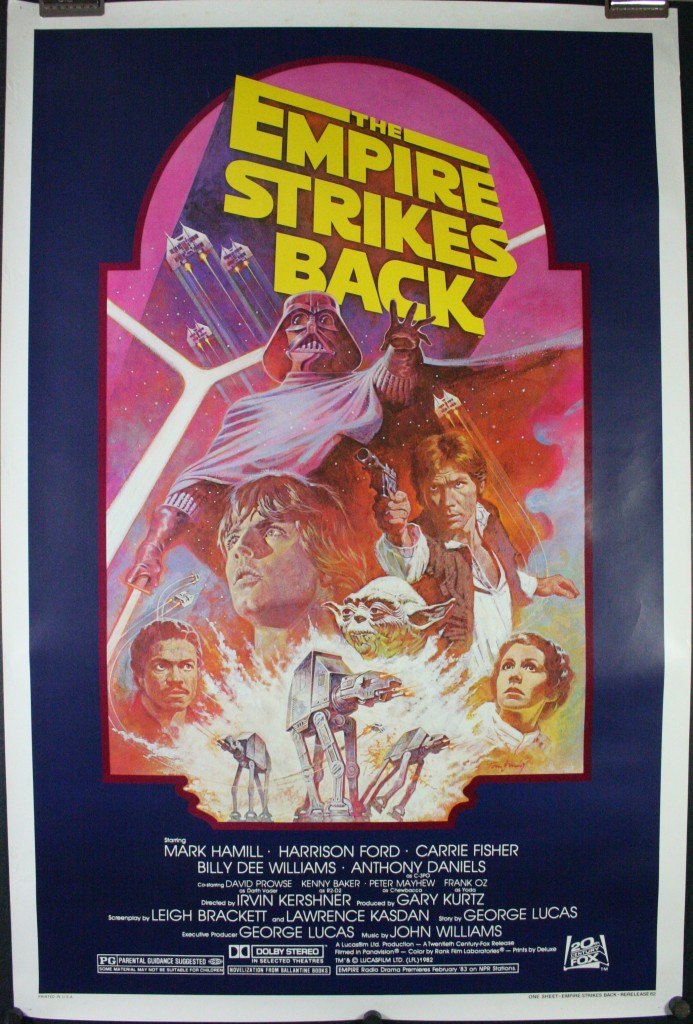 STAR WARS: THE EMPIRE STRIKES BACK, 1980. Original 1982 Re-release 1 Sheet (27 x 41″) rolled/unfolded movie theater poster for sale starring; Mark Hamill, Harrison Ford, Carrie Fisher director Irvin Kershner and written and produced by George Lucas.  An interesting tid-bit for gamers, the Empire strikes back movie was the first of the series that had a Star Wars video game made which was released on Atari 2600. This beautiful poster sells at a high rate through our gallery located in Katy Texas, in part because it is a cost effective poster which also features nearly the entire cast. This and the 1981 re-release are great posters to new collectors or people just looking for their entertainment / game rooms.

Beautiful artwork by Tom Jung these 82 re releases came in two different versions: the national screen service NSS versions and the Studio release versions. Neither version is conclusively recognized as the more valuable version. This is mainly because neither is particularly rare, so the poster values don’t show any major differences to collectors yet.

This rolled empires strikes back original 1982 re release 1 sheet movie theater poster that is for sale is in near mint to mint condition and doesn’t show any major or minor signs of wear to speak of. The only imperfection is 4 small pin holes in each corner.