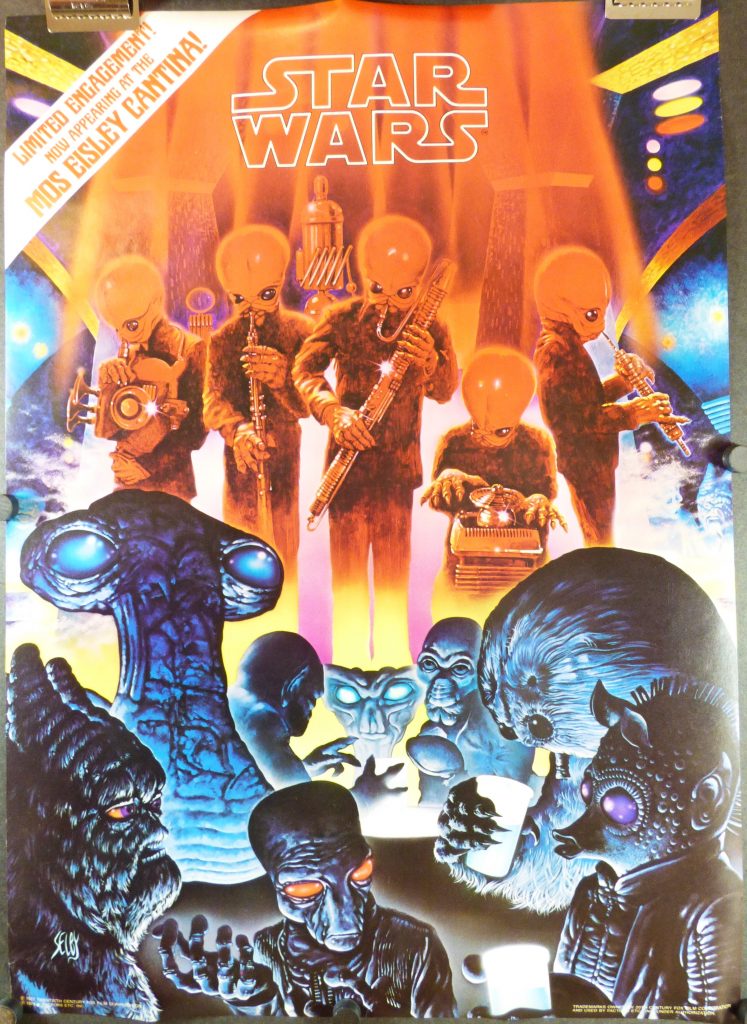 The film had been out for eight months when Selby did the painting, and was only provided with a 35mm set of
color slides for reference. The initial drafts contained more creatures but were removed under direction of Lucas. Supposedly he was dissatisfied with the look of several of the aliens that appeared in the original film’s cantina sequence.

Even though Selby had a 1 weekprior to his deadline he painted with a slow drying oil based paint. to speed up the drying he used a blow dryer and was only ablee to finish by switching to Acrylic at the end. The artwork was also published on Famous Monsters magazine episode # 192.

This particular Mos Eisley catina poster is in near mint condition with only minor edge wear that is clear from the photograph if you click on it to enlarge.