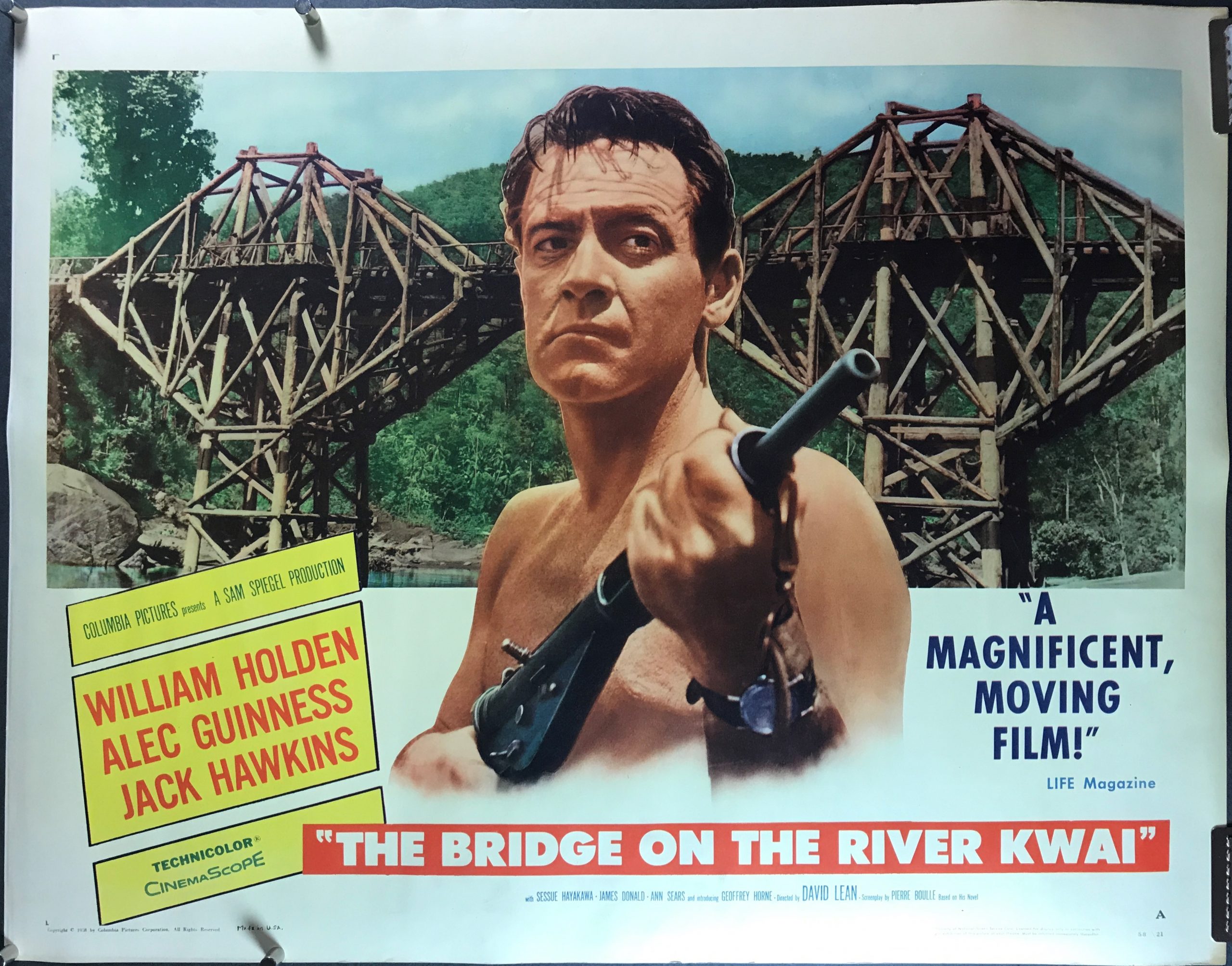 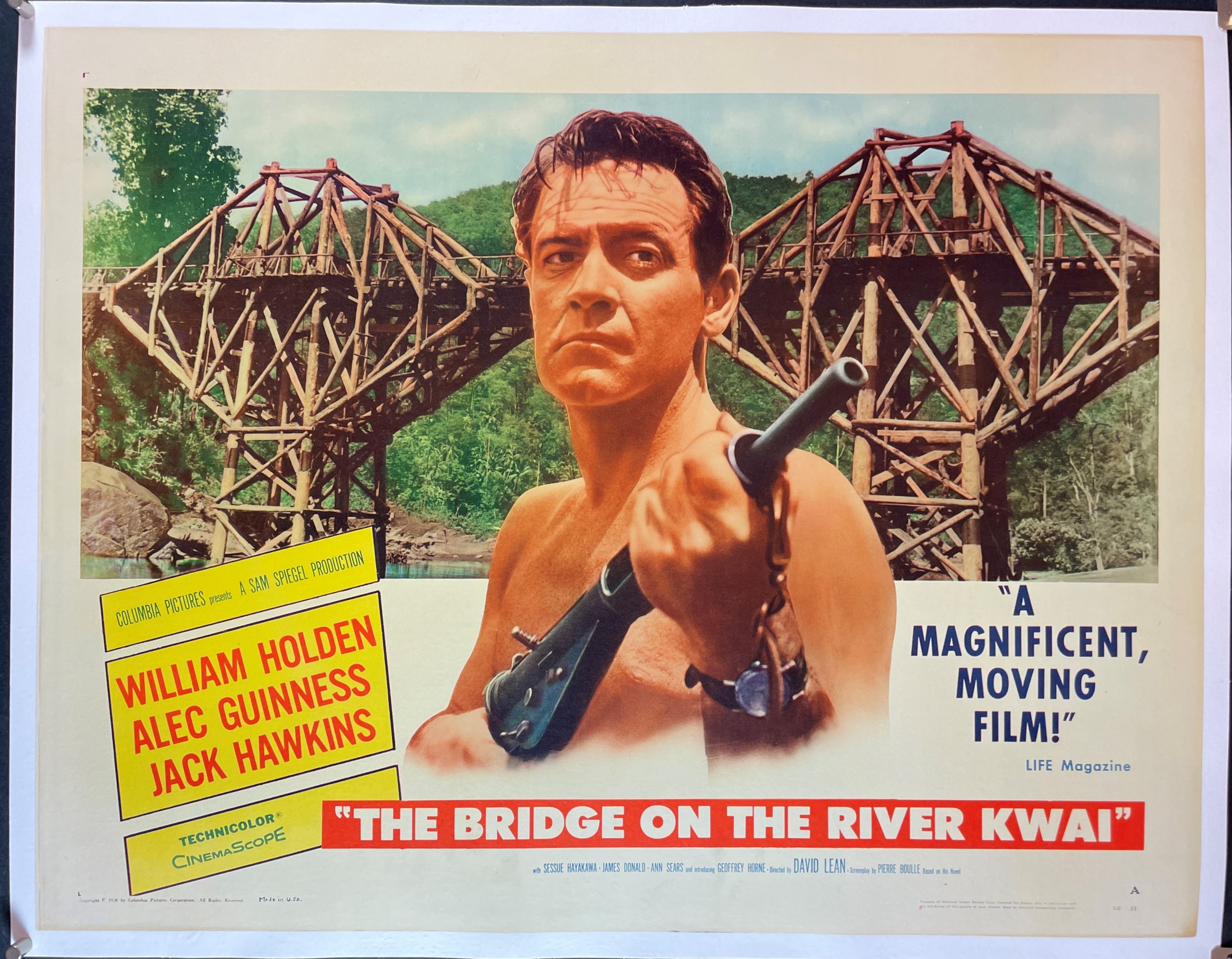 THE BRIDGE ON THE RIVER KWAI, 1957. Original Half Sheet (22” x 28” / 72 x 92 cm) folded movie poster starring William Holden, Alec Guinness, and Jack Hawkins. Directed by David Lean, and produced by Sam Spiegel. Screenplay by Carl Foreman and Michael Wilson. Based on the 1952 novel of the same name by Pierre Boulle. “A Magnificent Moving Film- Life Magazine” During World War II, a group of British soldiers become POWs in a Japanese work camp. They are ordered to build a bridge to aid the Japanese forces in transporting weapons, unaware of the Allied forces’ intent on destroying it.

This highly acclaimed film won seven Academy Awards in 1958, was accepted into the National Film Registry in 1997, and in 1999 was included on the American Film Institute’s list of best American films ever made.

This poster is in excellent C9 condition with very bright colors and no visible damage or stains.. Linen Backing is available for this poster for an additional $60