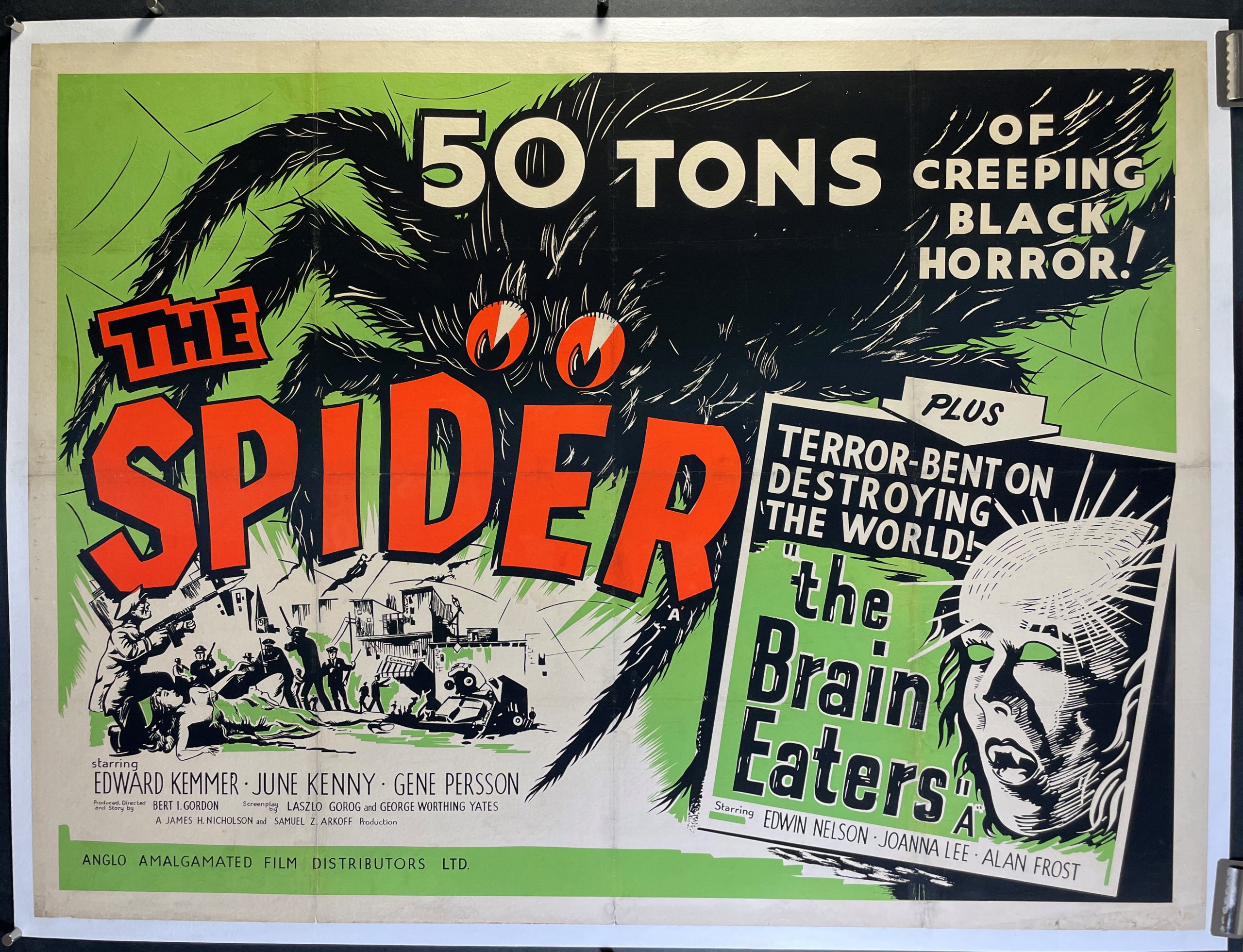 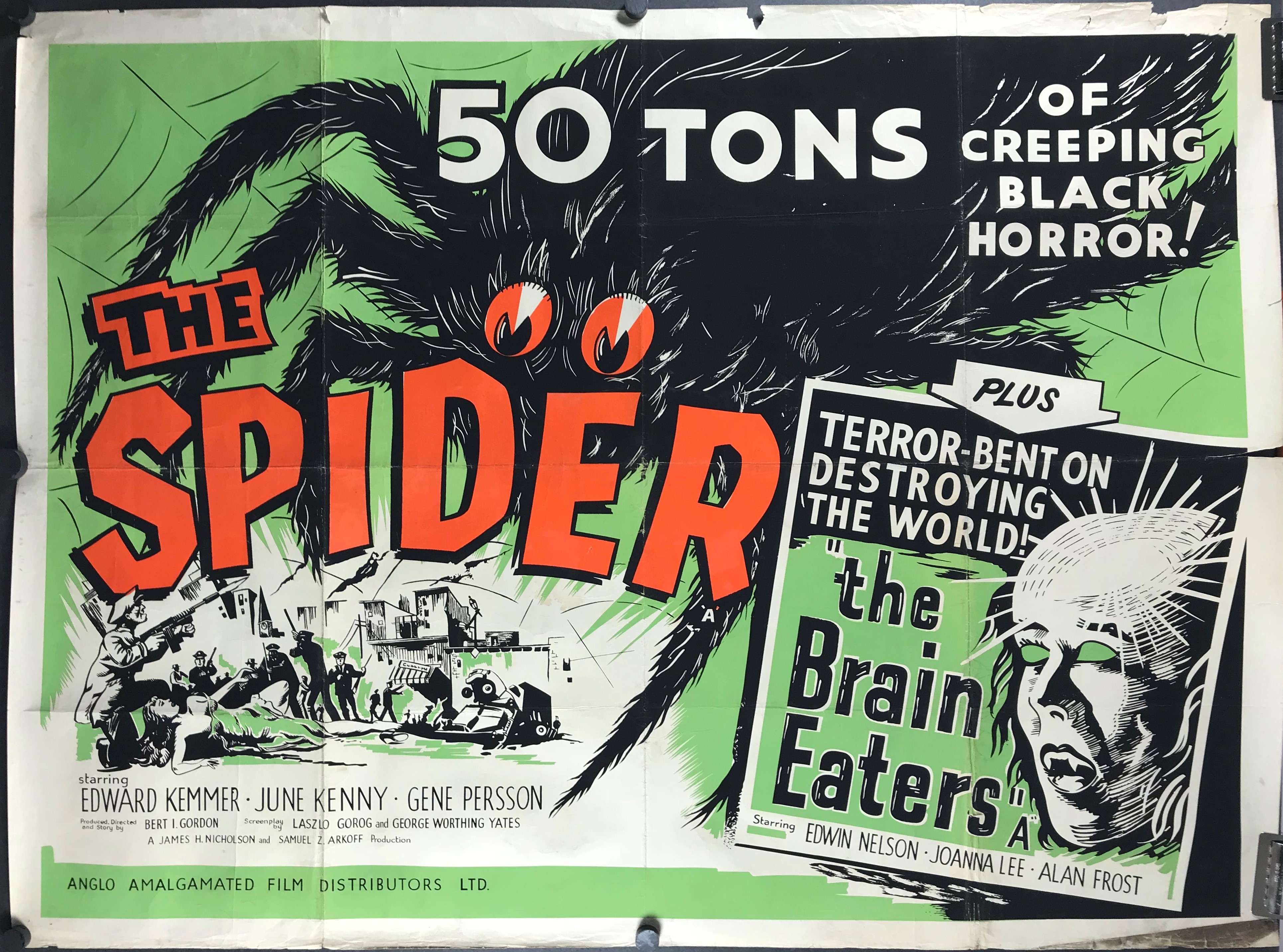 THE SPIDER PLUS THE BRAIN EATERS, 1958. Original British Quad (30 x 40” / 98 x 131 cm) Double Billing Folded Movie Poster featuring The Spider and The Brain Eaters. Distributed by American International Pictures (AIP). “50 tons of creeping black horror!” “Terror-bent on destroying the world!” The Spider and The Brain Eaters were shown as a double feature. The first featuring a giant destructive spider, and the latter featuring brain eating parasite from the center of the earth.

The Spider was originally titled “Earth vs. the Spider”, but the title was shortened after “The Fly” became a blockbuster success. Leonard Nimoy makes a short appearance as Professor Cole in The Brain Eaters.

We also have the individual posters available for both The Spider and The Brain Eaters!

This folded poster is in very good C8 condition. The colors and images have remained vivid and sharp. There are two tears at the end of the middle right fold line, and three tears along the top edge of the poster. The fold lines are visible, and there is some creasing throughout the poster. The fold lines, tears, and creasing can be flattened through our linen backing process. Linen Backing is available for this poster for an additional $80