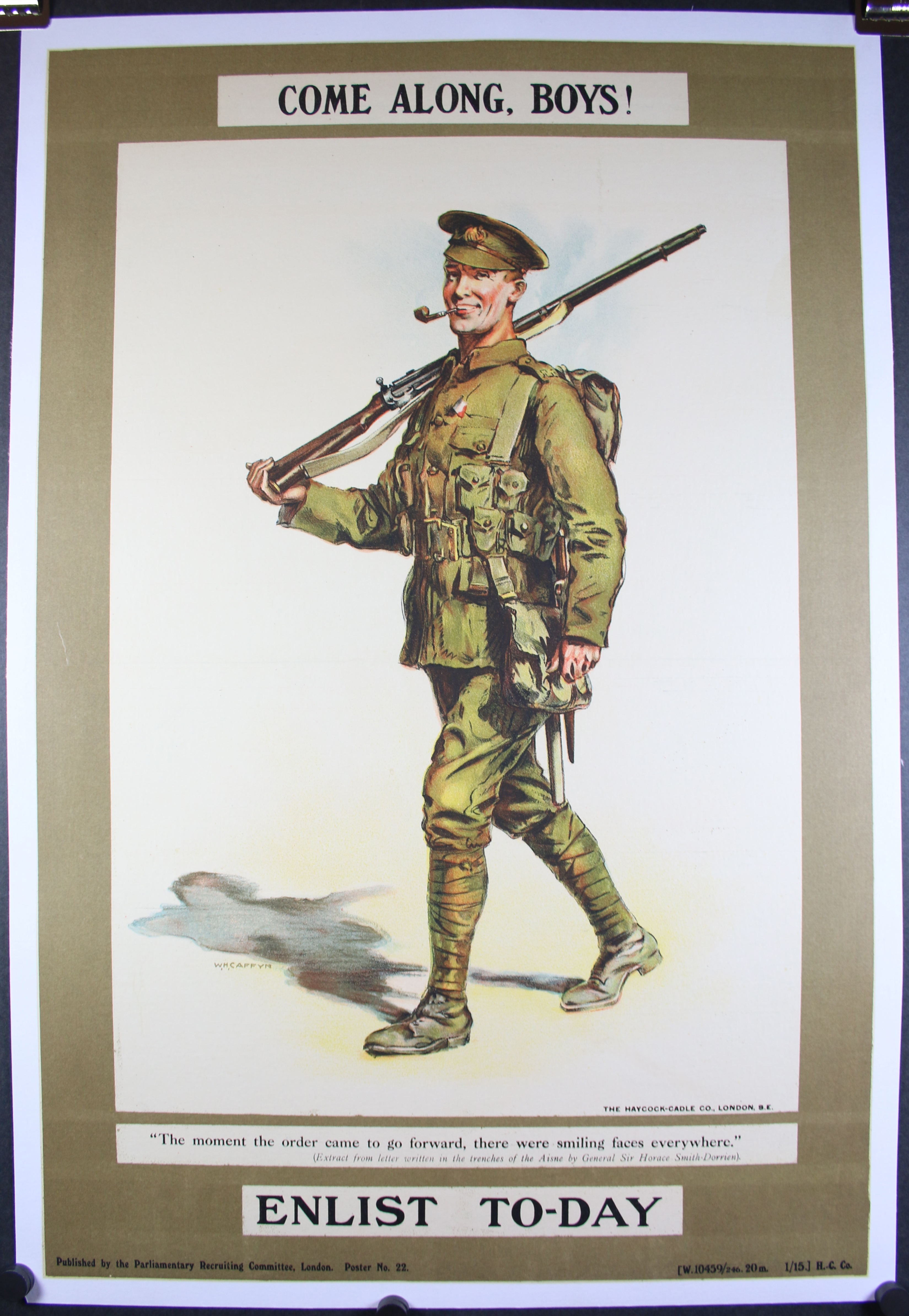 1915 COME ALONG BOYS!  Original British Canadian WW1 Enlistment Poster (20 x 30” / 66 x 98 cm) originally rolled and now linen backed. This poster like so many examples of the early recruitment posters depicts a happy and well equipped young soldier eager to fight for his country. The caption at the base of the poster reads “The moment the order came to go forward, there were smiling faces everywhere.” Extract from letter written in the trenches of the Aisne by General Sir Horace Smith-Dorrien.”

Originally rolled this poster was in fine condition prior to linen backing with no significant condition issues.

Sorry this poster is sold. If you would like check whether we have another in our inventory that is not yet posted to our website please click here.