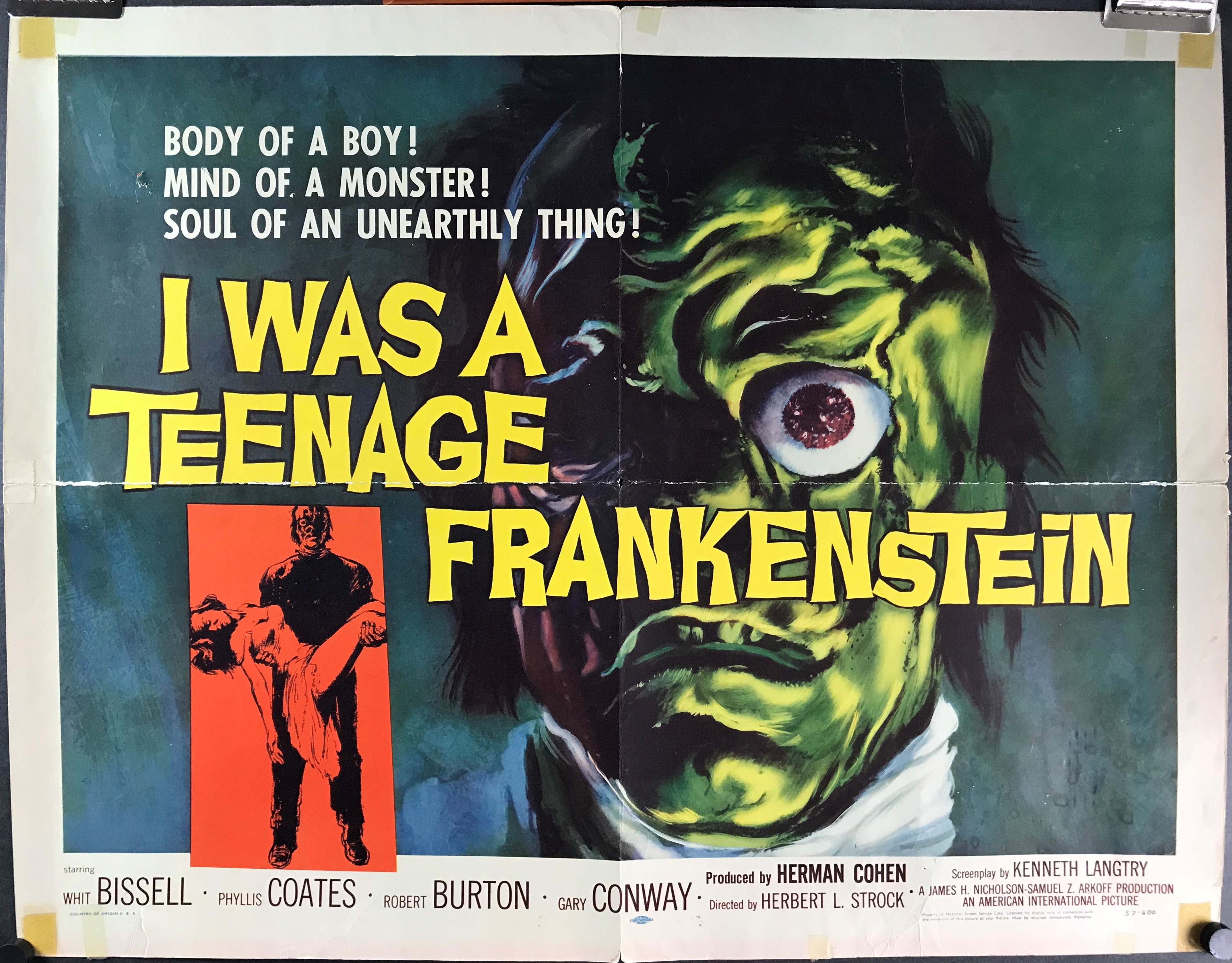 I WAS A TEENAGE FRANKENSTEIN, 1957. Original Half Sheet (22” x 28” / 72 x 92 cm) folded movie poster starring Whit Bissell, Phyllis Coates, Robert Burton, and Gary Conway. Directed by Herbert L. Strock and produced by Herman Cohen. “Body of a boy! Mind of a monster! Soul of an unearthly thing!” Professor Frankenstein, a guest lecturer from England, uses various body parts he has collected to create new life. His experiment is successful, but turns to chaos when the monster goes on a killing spree.

I Was a Teenage Frankenstein was a follow up the the box office hit ” I was a Teenage Werewolf” that was released several month earlier/ When released in 1957, it was a part of a double feature along side “Blood of Dracula”. Both movies in the double feature got a sequel when they were merged in to a crossover film titled “How to Make a Monster”.

This folded poster is in good C7 condition with very bright colors. fold lines are visible, with some paper folding along the horizontal fold line.  One small rip appears near the bottom left corner. There are tape stains on all four corners, and along the center left hand side of the poster. This could easily be remedied by taking advantage of our linen backing services. Linen Backing is available for this poster for an additional $60

Sorry this poster has been but we have another not yet uploaded to the website. Please  <Contact Us> for sold pricing and details.