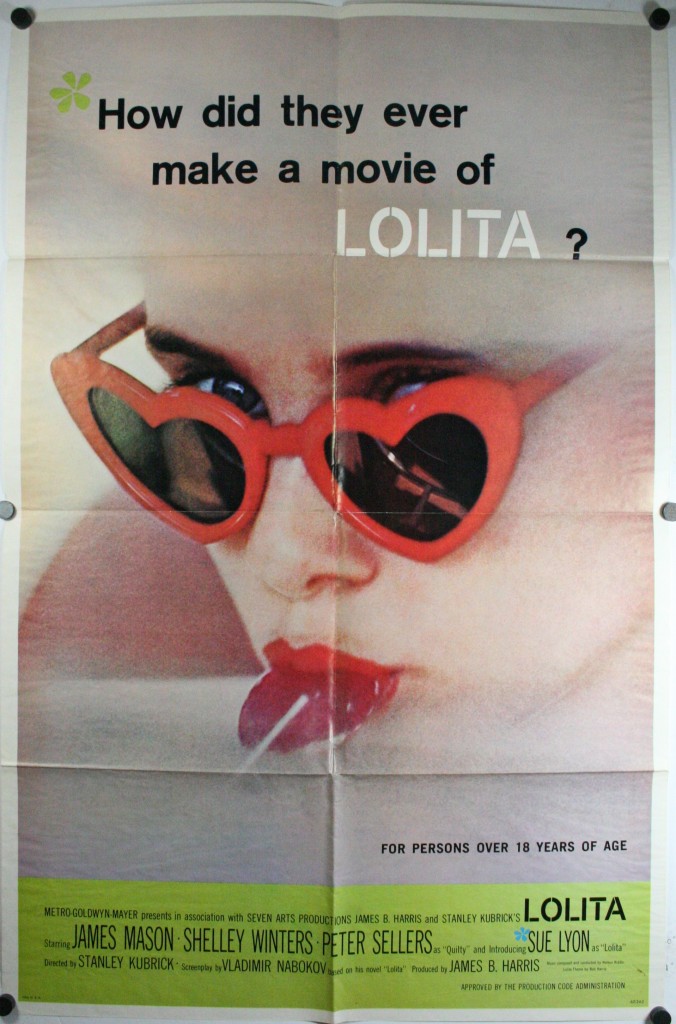 LOLITA, 1962.  Original classic antique and vintage 1 sheet (27 x 41″) Stanley Kubrick movie cinema poster starring; James Mason, Shelley Winters, Sue Lyon, Peter Sellers, director Stanley Kubrick, novel and screenplay by Vladimir Nabokov. This original movie brought to the cinemas in the early 60s’ took one Saturn award and was nominated for eight other awards, including one Oscar! The story is a little morbid about an older man falling deeply infatuated with a teenager (not a surprising plot line for old Stanley Kubrick). The book, written more in the style of prose / narration is widely accepted to be on it’s own very different from this vintage Stanley Kubrick movie, but both are acknowledged and critically acclaimed for the impact each has made on society as a whole. This classic poster brought to cinemas represents what some people consider to be a pivotal movie for society and a classic antique poster that is both vintage, modern and immensely stylistic.

This original classic antique movie poster featured in cinemas, LOLITA by Stanley Kubrick, is a sound investment; it is in fine condition and shows some light rippling due to the affects of some light moisture absorption, the one vertical fold line shows some light wear. There are no holes, tears or any other signs of wear anywhere else on this poster. After linen backing this rippling would vanish and the poster would be preserved at a extremely high condition grading!