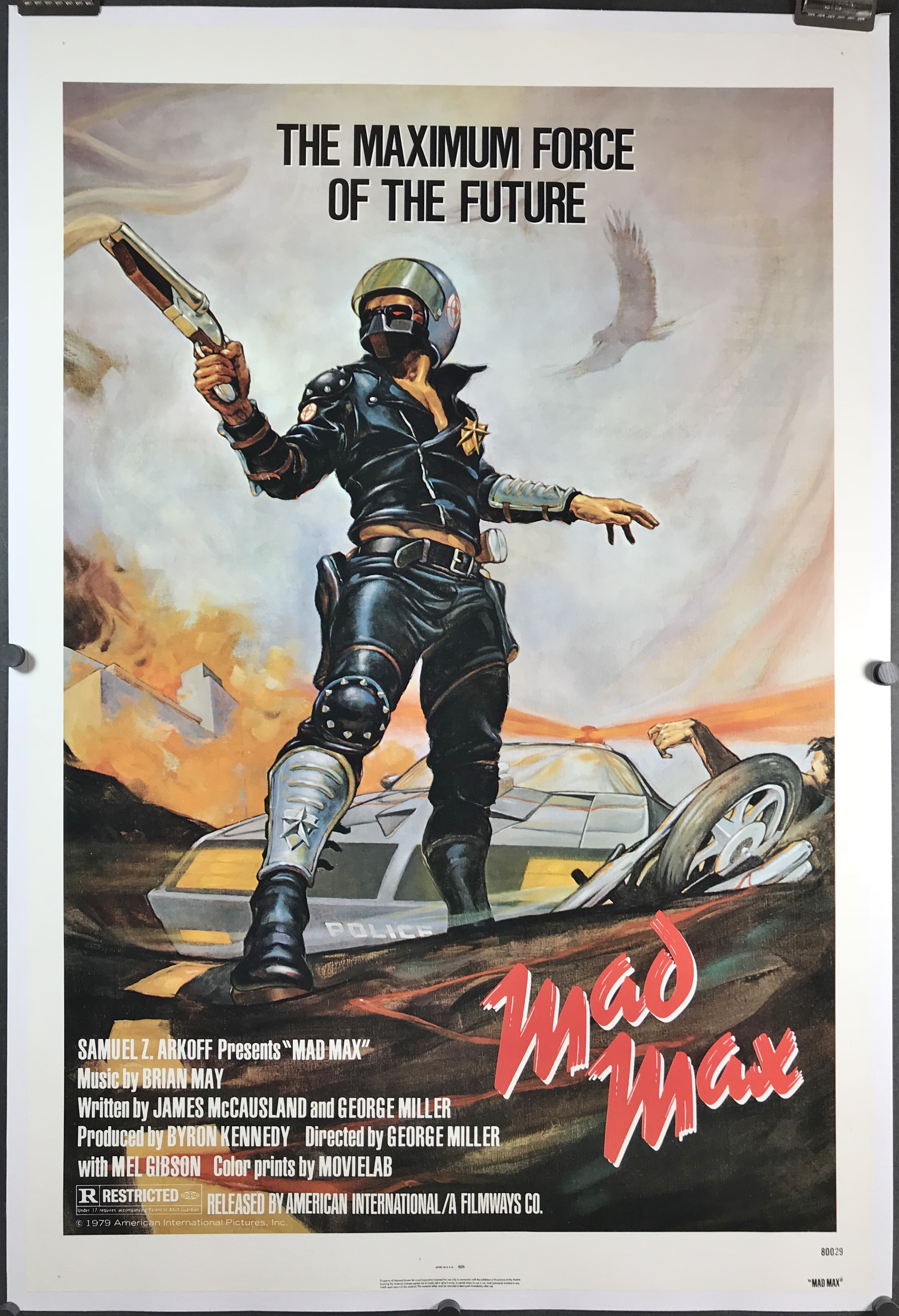 MAD MAX, 1980. Original 1983 release rolled  1 Sheet (27″ x 41″) movie theater poster for sale and starring Mel Gibson and directed by George Miller.”The Maximum force of the future”. Here is one of those movies that have steadily achieved cult status with time – and not too much time at that! The poster, like the movie, has also appreciated well and is almost certainly likely to continue to increase in value. Great post apocalypse flick.

A note on versions. It has recently come to light that the printing plates for this poster were used for the original release from 1980 and again during the re-release in 1983. The only difference between the two versions is the presence of the GCIU (Graphic Communications International Union) union logo on the bottom margin toward the center in the re-release. In 1983 IPGCU (International Printing and Graphic Communications Union ) merged with the GAIU ( Graphic Arts International Union) to form the GCIU meaning that this poster must have been a re-release. The large majority of posters in existence for Mad Max  are in fact the re-release.

This particular re-release is in near mint condition with only minor crimpling along the bottom right vertical and horizontal margin. With linen backing this would vanish and  be revived to a near perfect mint c9-10.