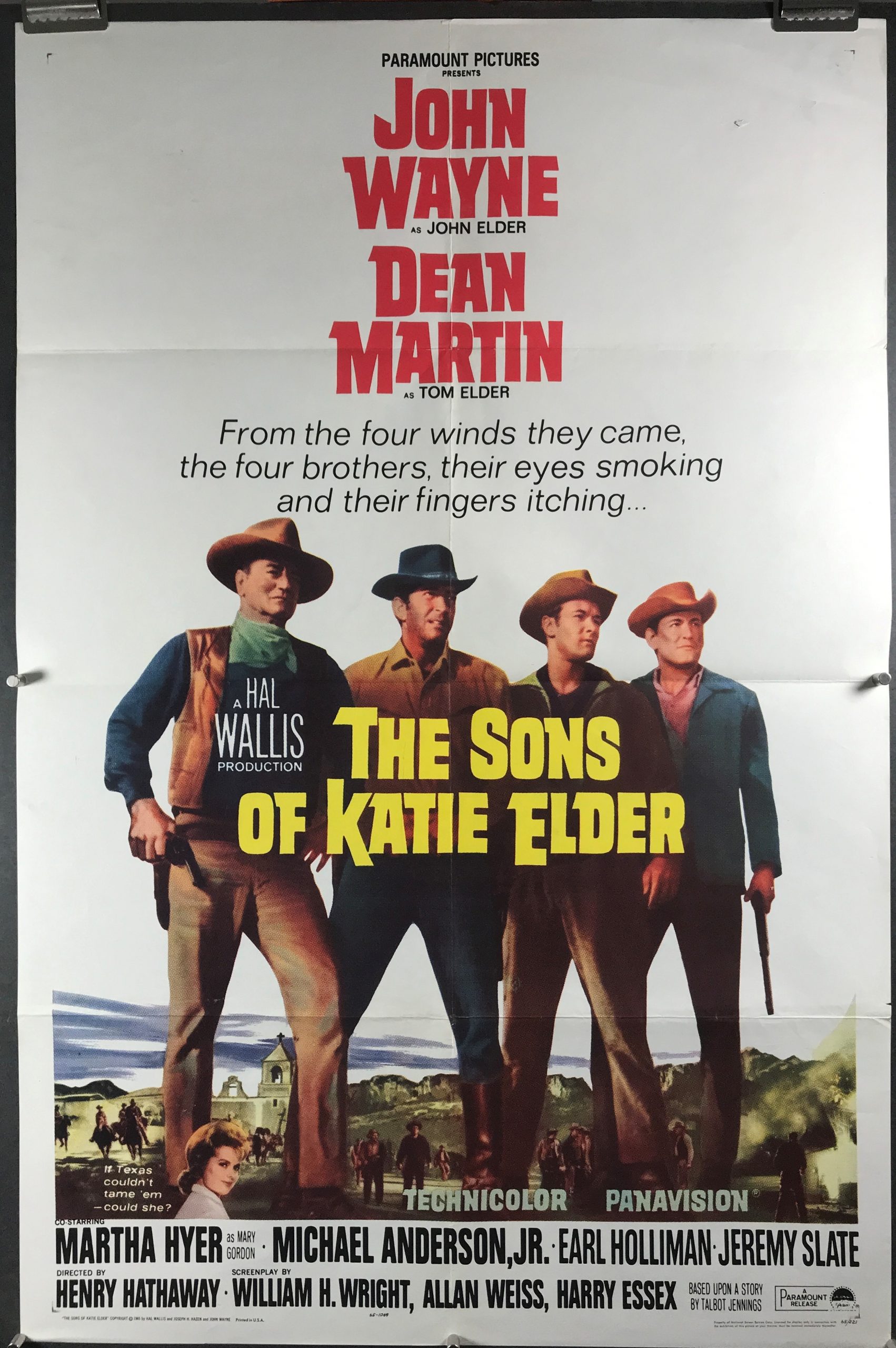 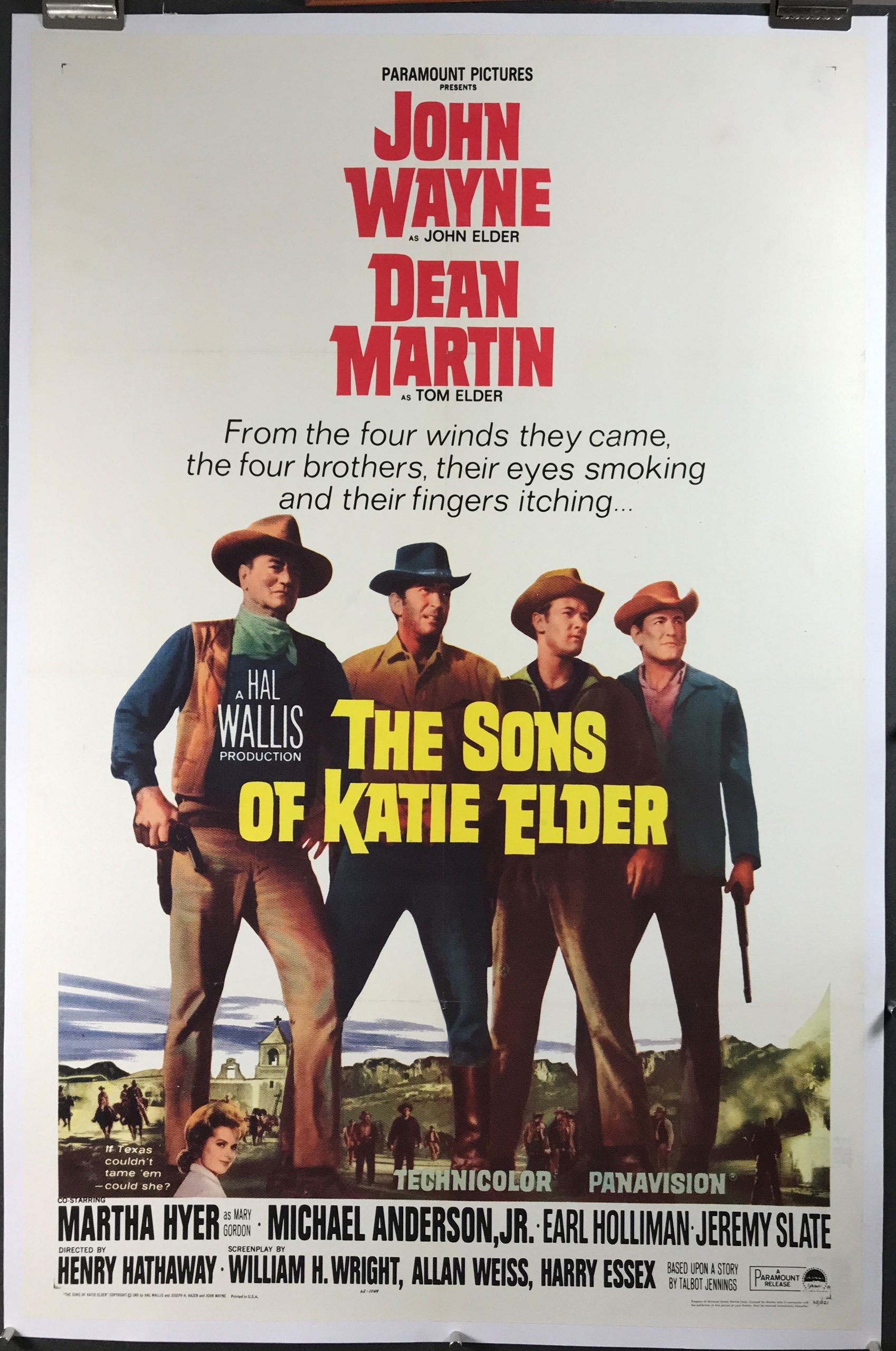 SONS OF KATIE ELDER, 1965. Original 1 Sheet (27 x 41” / 89 x 135 cm) rolled Movie Poster starring John Wayne, Martha Hyer and Dean Martin. Directed by  Henry Hathaway and based on a story by Talbot Jennings. “From the four winds they came, the four brothers, their eyes smoking and their fingers itching…” The four son’s of Katie Elder are determined to avenge their father’s murder and the defrauding of their mother.Filming was due to begin in September 1964, but had to be delayed until January 1965, after Wayne was diagnosed with lung cancer. Even after having a cancerous lung and two ribs removed, Wayne insisted on performing his own stunts, and nearly contracted pneumonia after being dragged into a river.

Nice clean example lightly folded. We can linen back this poster for an additional $80 upon request or by adding the service to your shopping cart below. We linen back posters in house, please allow a week for this service to be completed.  For more information on linen backing please click here

acking, Restoration and Framing services  to the Houston, San Antonio, Austin and Dallas