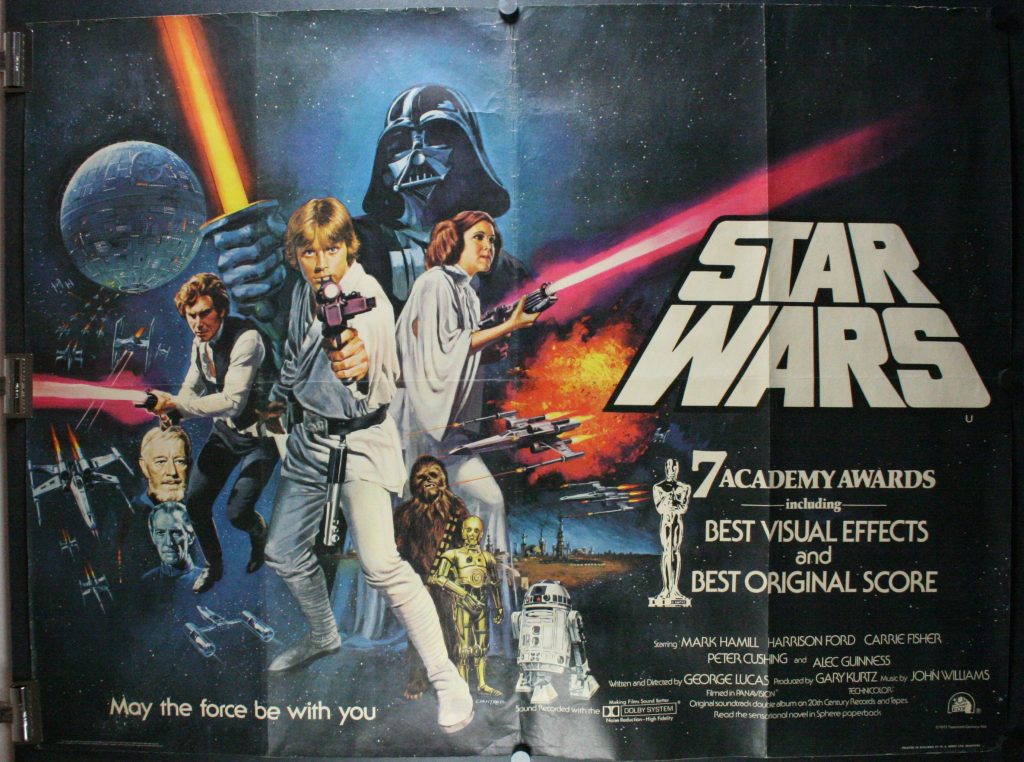 STAR WARS, Episode IV: 1977. Original authenticated folded “1978 Academy Awards” British Quad (30 x 40″) movie theater poster for sale, starring; Mark Hamill, Harrison Ford, Carrie Fisher, Alec Guinness, Peter Cushing, and directed by George Lucas. “A long time ago in a galaxy far, far away…” Wonderful artwork from Greg & Tim Hildebrandt this poster has two original versions. This Awards version and the pre awards version from 1977 (which is for sale on our website HERE!). The pre-awards is worth more; both are hard to come by. The reason this poster is not considered a re-release is because the film was continuously broadcasted in England throughout 1977 and into 1978 when the film finally won its awards.

This particular Star Wars British Quad is in very fine condition and doesnt show any major but some minor defects to note. There is minor edge wear with the most being focused in the upper lefft corner. there is slight wear along the fold lines also. This poster would look spectacular following linen backing,